My grandfather, a chef, often said that "cooking is an art, my friend." If so, the Italians are minimalists with the mind of Salvador Dali. How else do you explain prosciutto and melon? Biscotti dipped in vin santo? Or olive oil gelato? I marvel at their creativity, their ability to perfectly pair seemingly disparate food choices that result in the creation of something altogether new and often quite extraordinary. Combining contrasting flavors, common and uncommon, familiar and unfamiliar, leave a lasting impression that transforms the enjoyable but ordinary into an experience both memorable and sublime. In my experience, the pairing of travel destinations can have a similar effect. Italy's Piedmont and Portofino are two distinct destinations that perfectly complement each other. 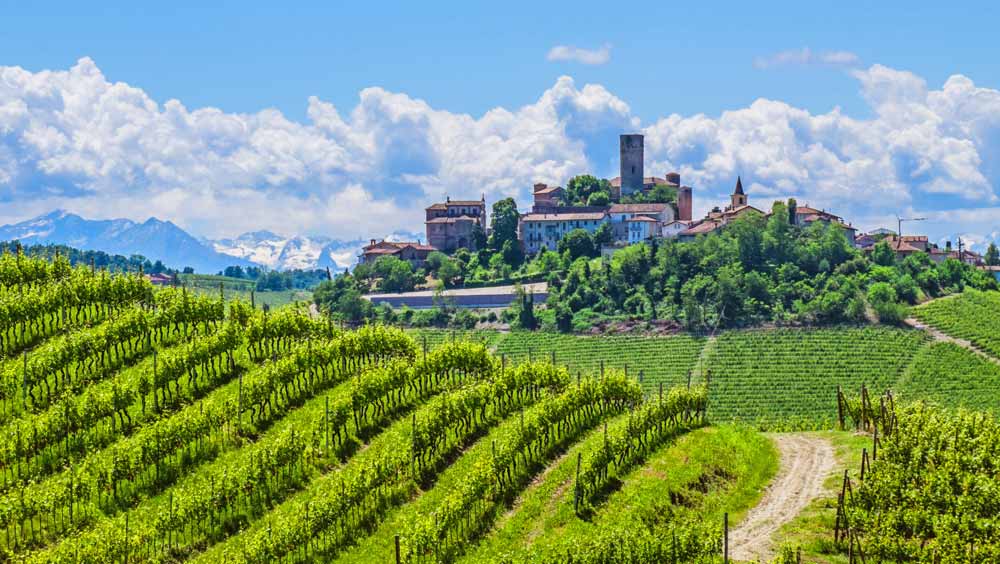 Piedmont means "foot of the mountains." It's the second largest region in Italy, surrounded on three sides by the Italian Alps and, on a clear day, boasts one of the most jaw-dropping views I have ever laid eyes on: vineyards covering the hills as far as the eye can see, castles perched confidently on hilltops and the snowcapped Alps rising majestically in the distance. It is no wonder that the Vineyard Landscape of Piedmont, consisting of five distinct wine-growing areas in the region, was named  a UNESCO World Heritage site in 2014.

Surprisingly, even with this celebrated designation, Piedmont remains a hidden gem. When I'm leading Backroads trips in this region, I often feel like some great explorer discovering this place for the first time. Piedmont delights my senses with its authenticity and remains relatively free from the influx of tourism. It's where I happily share the road with tractors and dinner with locals. 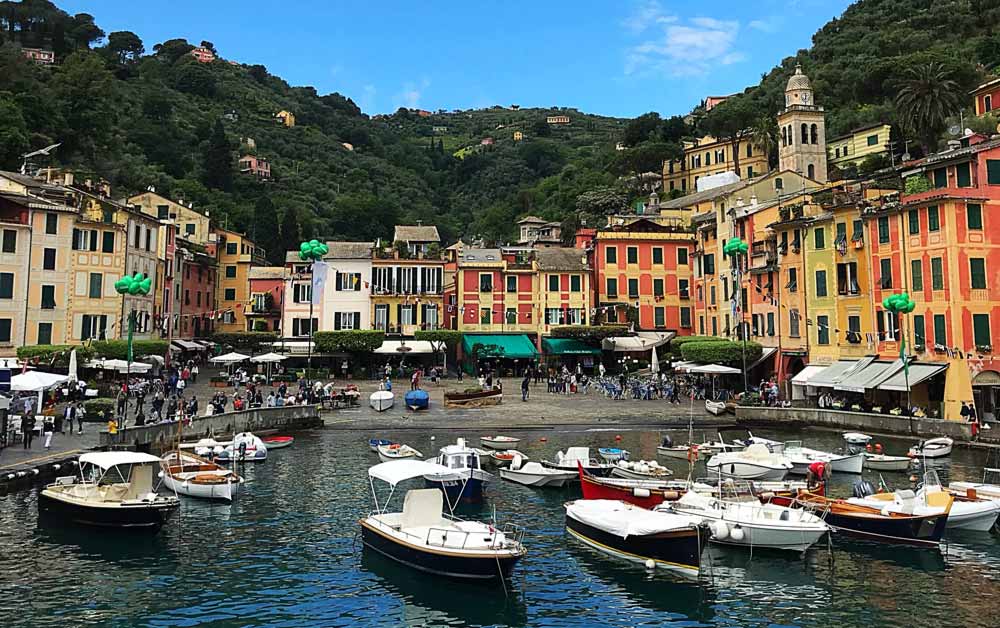 Portofino, on the other hand, is one of the most well-known tourist destinations in Italy. However,  it remains somewhat undiscovered to most North Americans. Portofino is a coastal town that lies in the on the Ligurian Sea in the heart of the Italian Riviera. Designer shops line the streets that lead to its small beach and yachts drop anchor in the quaint harbor. If you take a seat in Portofino's picturesque piazza, you find yourself surrounded by pastel buildings with a spectacular view of the vivid blue sea. A sense of calm might wash over you, like the cool breeze that has attracted royalty, popes and movie stars for centuries. 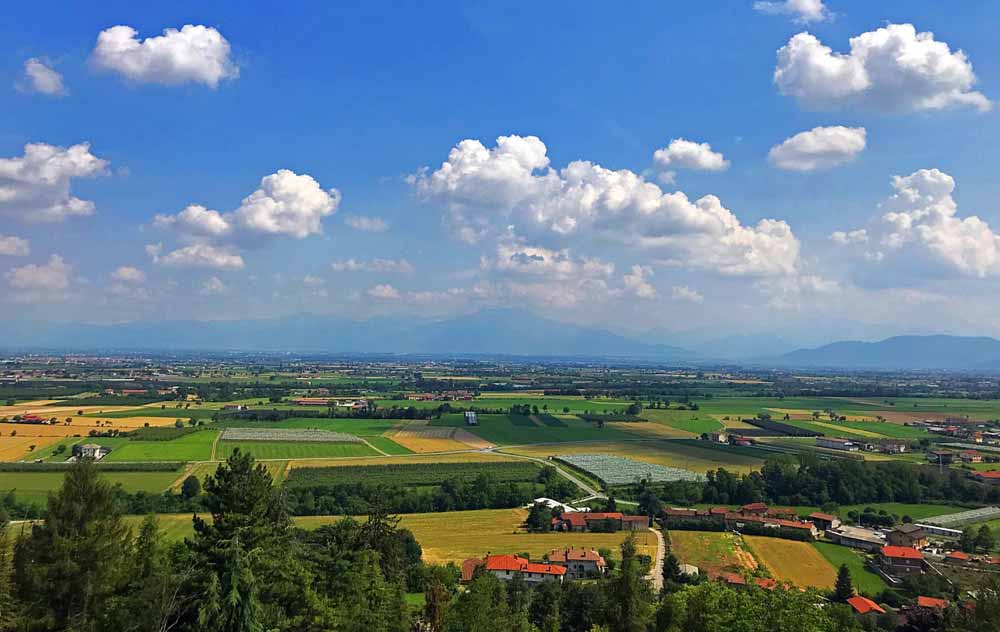 Although they are situated less than three hours apart, Piedmont and Portofino can feel worlds away from each other. Piedmont stretches as far as the eye can see. Portofino is a small, compact fishing village. Piedmont gave birth to the "slow food movement," where dinners can stretch for hours as restaurant owners bring you endless dishes made from produce grown in their nearby gardens. Portofino is lively and in a constant state of motion and change as boats arrive and depart with groups of tourists. To experience Piedmont is to step back in time, as though nothing has or will ever change. It has a rural atmosphere where farmers and locals still outnumber tourists.. In Piedmont, the number of castles well exceeds the number of upscale boutiques while Portofino vacationers generally dress to impress in stylish designer clothes. But it's because of these stark differences that Piedmont and Portofino offer such an appealing combination to visitors.

Piedmont and Portofino satisfy my senses and curiosities in a remarkable way. The mesmerizing beauty of both the mountains and the sea leaves me with a sense of harmony. Any isolation I may feel in Piedmont is made more memorable by the intimacy I might experience in Portofino. Piedmont feels almost like a private travel experience, while in Portofino I'm energized by the shared excitement of those around me.

To borrow from my grandfather, I would say that traveling is an art, my friend. Awaken your senses, pair the known and unknown, and spend your next vacation under the spell of the mountains and the sea. Like biscotti and vin santo, Piedmont and Portofino are best served together. 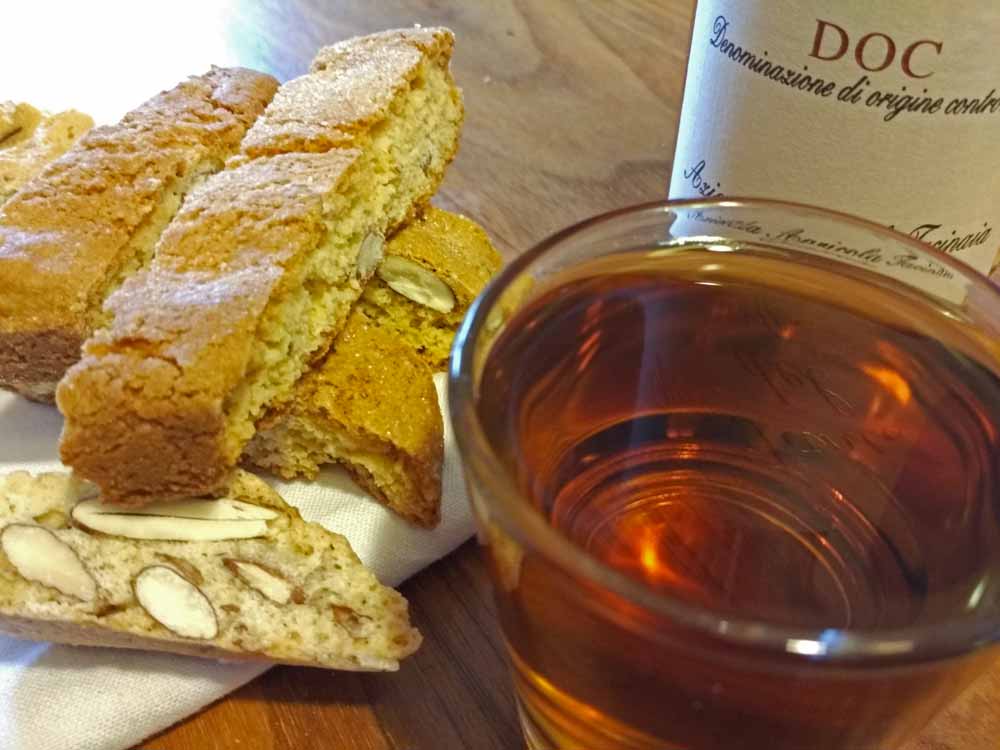