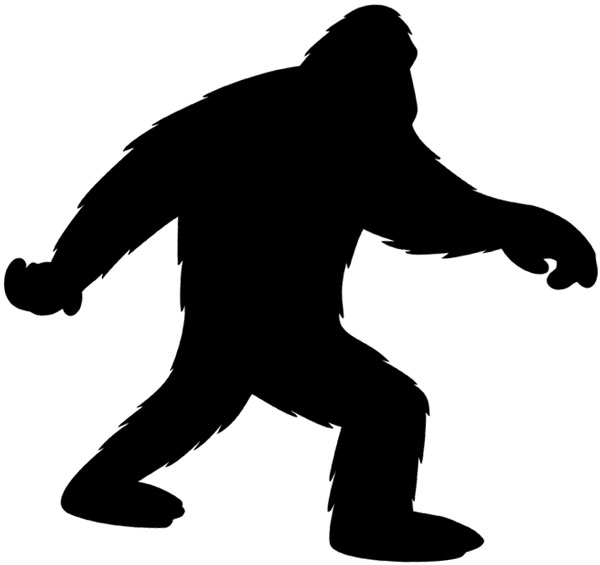 For almost a century, the thick green forests that have become a hallmark of the Pacific Northwest have sheltered a legend within their verdant depths. From the cedars of British Columbia to the Douglas firs of Washington and Oregon to the redwoods of Northern California, fantastic tales of an over-sized ape-like animal have sparked a debate that continues even today: Is Bigfoot, this reportedly hairy and towering creature, REAL?

It is believed that the legend of Bigfoot likely began with First Nation peoples that lived along the western edge of the North American continent. Many tribes told stories about a terrifying humanoid entity who roamed the woods. In some myths, the creature was simply a reclusive and rarely seen mother tending to her children and sleeping often; in others, he was a wild beast, a monster, something dangerous to be avoided.

As Europeans began to settle the West, more stories began to emerge of a tall shaggy creature who moved fleetingly through the shadows of the forest, leaving behind enormous footprints and startling unsuspecting travelers. One of the more publicized accounts came from a group of gold miners who in 1924, spoke of an event in a small gorge located on the eastern side of Washington's Mt. St. Helens. The party, including a prospector named Fred Beck, claimed to have been attacked by "gorilla men" who were "covered with long black hair." Shocked, Beck fired his gun at the four creatures, hitting one, causing it to fall from a high ledge before he returned to his cabin. That night, the gorilla men retaliated by throwing large rocks - and even their own bodies - at the cabin, before the sun finally rose and they retreated into the shelter of the trees. A US Forest Service investigation reported that the alleged ferocious encounter was staged, that the miners had strategically placed the rocks around camp themselves and had fabricated the footprints with their own hands. Yet, this report did little to slow the spread of the fantastic tale of man versus beast. The popularity of the Bigfoot legend grew larger than even Bigfoot himself. 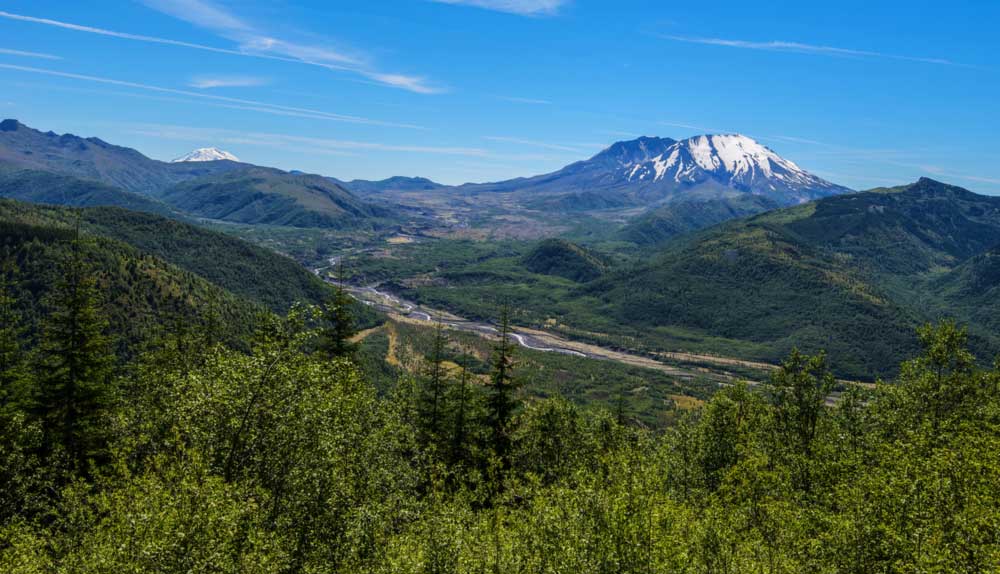 During the 1960s, two significant events catapulted the Bigfoot legend from regional curiosity to national phenome. In 1966, Ivan T. Sanderson, a naturalist, self-published Abominable Snowmen: Legend Come to Life, a book which suggested there was evidence of "sub-humans" living on five of the planet's continents. His writing suggested that the North American Bigfoot - or Sasquatch as some also called him - was one of these creatures. Then, in 1967, the now-notorious Patterson-Gimlin 16mm film footage surfaced. The story goes like this: long-time friends Roger Patterson and Roger Gimlin were out shooting their own independent Bigfoot docu-drama near Bluff Creek, a small tributary to the Klamath River in Humboldt County, California, when they suddenly witnessed a Bigfoot-like creature about 25 feet away from them. Patterson grabbed his camera and filmed the 53-second event. What resulted were 954 frames of film depicting a sequence of blurry, out-of-focus images that appear to show a massive hairy unidentifiable bipedal creature that the two men believed was Sasquatch. People that saw the film footage became convinced that these images provided indisputable proof of Bigfoot's existence. 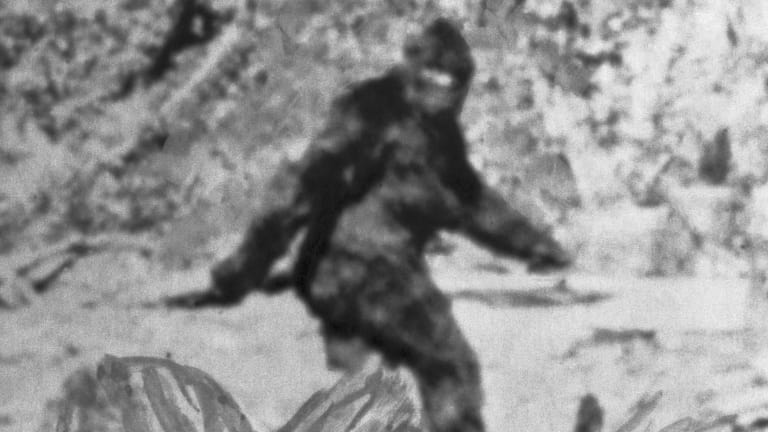 One of these advocates was Grover Krantz, a professor of anthropology at Washington State University, who firmly believed that Bigfoot had descended from an ancient ape from Asia called Gigantopithecus. His hypothesis was that the ape had existed about a million years ago and then migrated across the Bering Land Bridge with other Ice Age animals like the woolly mammoth. Krantz died of pancreatic cancer in 2002 but he spent decades of his life trying to prove his claims. During his teaching career, he was often overlooked for promotions and scorned by fellow scientists for his strong conviction. How could a six- to eight-foot tall, 600- to 800-pound animal have lived undetected for centuries? Where is the physical proof?

Krantz never wavered in his belief and worked tirelessly to find evidence that could prove the existence of Bigfoot. In October 2018, National Public Radio broadcasted Wild Thing, a podcast focused on Krantz's life and passionate hunt for Bigfoot. NPR reporter Laura Krantz, one of the podcast contributors, had become inspired to get involved when she uncovered that that Grover Krantz was actually a long-lost cousin of hers. While Laura admits she was skeptical about participating in the podcast, she acknowledges that her experience of researching and producing the program left her unconvinced that Bigfoot didn't or doesn't still exist.

These days, self-proclaimed "Bigfooters" continue to carry on the work of Krantz and others who have fought to have the word "legend" removed from conversations about Bigfoot. These enthusiasts host events, such as one that took place near Willow Creek, California in 2017, to honor the 50th anniversary of the Patterson-Gimlin film. They spend nights camping in the woods, hoping for a sighting or even just a tuft of hair snagged on a branch... anything that could bring them one step closer to ending the debate, once and for all. Is Bigfoot just a legend or is Bigfoot an evolutionary miracle? 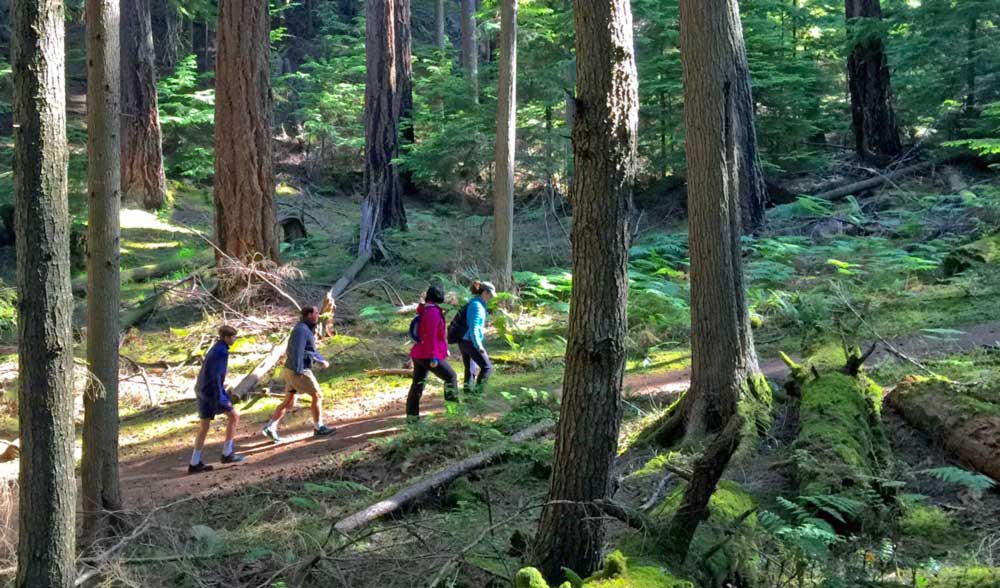 So the next time you camp beneath the California Redwoods or ferry from Vancouver Island to the Canadian Gulf Islands or hike to a spectacular viewpoint along Oregon's Columbia River Gorge, if you hear a certain rustle among the trees or catch of glimpse of a dark silhouette in the distance, consider whether or not it could be Bigfoot who is just going about in his merry big-footed way. Perhaps Bigfoot is relieved that he's remained undisturbed and undiscovered. Perhaps he's totally unconcerned with this wild speculation that his existence stirs up among these small, hairless "humans" he occasionally happens to pass by during his jaunts through the thick green forests of the Pacific Northwest. Or perhaps not.

Hungry for more? Check out our blog about the Himalayan Yeti!