In honor of Mother's Day and all the inspirational, kind and strong moms who keep things running smoothly (both at Backroads and in life!), we wanted to shine a spotlight on one of our favorite moms in our Backroads community. Meet Alison Iles, a former Trip Leader and current mom of two champion mountain-bikers in Canada. Alison has worn many hats at Backroads in her 30-year tenure, most recently that of Regional Manager of Western Canada & Northern Europe. We sat down with Alison to talk about travel, motherhood, and her thoughts and advice on raising kids to embrace active outdoor adventures. 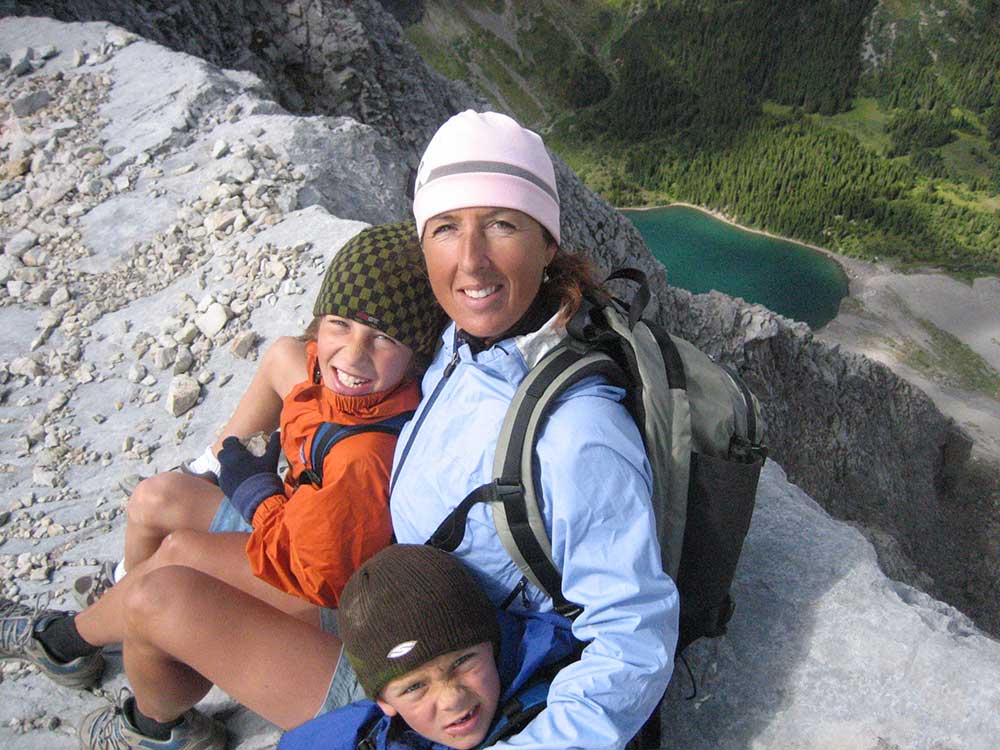 How did you get into Backroads?

I grew up in Ontario and wanted a career in Marketing or Public Relations. One summer I saw a Backroads group cycling through the Town of Banff. I thought that it might be a cool job where I could combine my love of people and the outdoors, so decided to check them out. There wasn’t any internet back then, so I must have somehow tracked down the phone number for the main office in California and asked for an application. After an arduous pursuit, I got the job, and I was so excited. I remember my parents were not really impressed with my life and work choices because they wanted me to continue to pursue my career. Little did they (or I) know that I actually was!

How long have you been with the company? What roles have you held and where have you worked?

30 amazing years – wow. Backroads was a much smaller company when I started and I’ve been very lucky to grow with Backroads. I have held several positions over the years – trip leader, researcher, hiring and training, regional coordinator, new world manager, regional manager.

How many kids do you have and how old are they? What are their names? 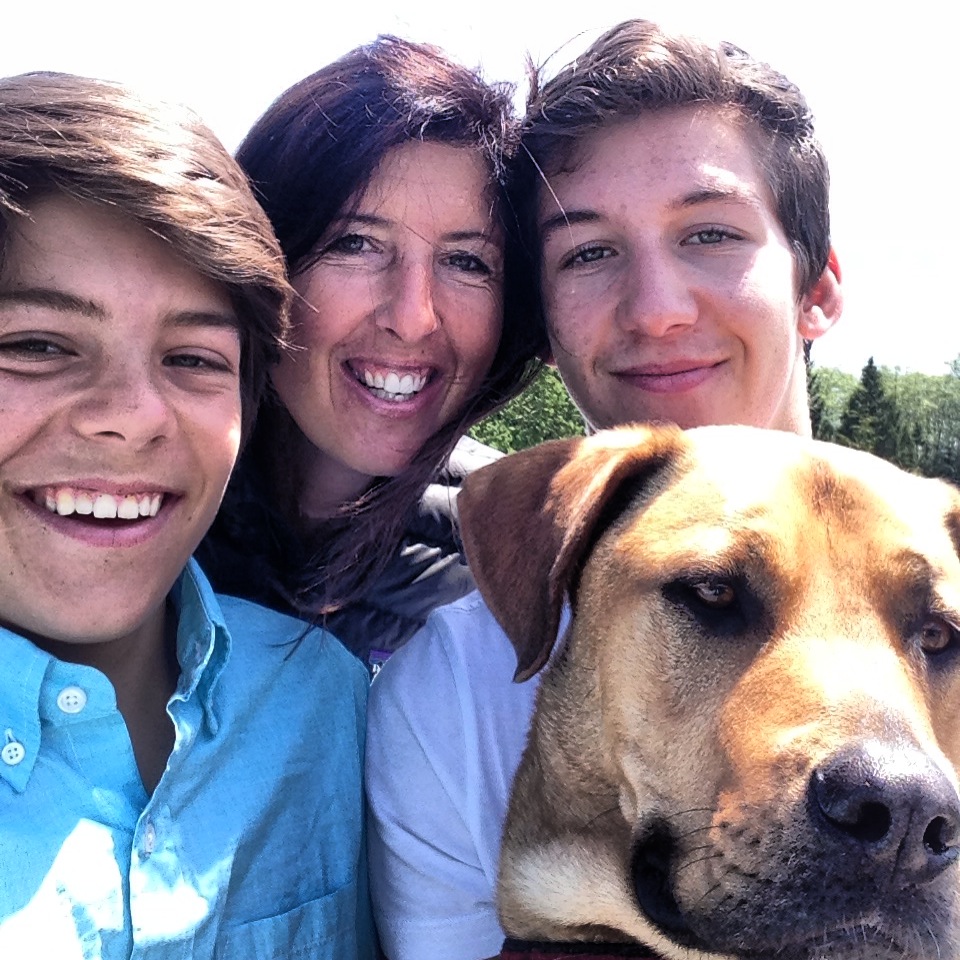 Your sons are both serious cyclists. How did you support their outdoor aspirations as kids? What’s that like now?

My kids were both born wired as athletes, it’s as if they ran before they walked. As toddlers they were more than just busy, they were a tiny bit feral. I remember my husband and I would have to take them to a pool at night because a full day still never seemed to tire them out. Sitting still to read, for arts and crafts, or learning music was not in their DNA, so we had to find them alternate outlets for their energy. They both seemed to excel in sports. They trained and competed in different genres of biking and skiing and when the time came to make a choice in which sport they would pursue, they both chose mountain biking. Both have been Canadian Champions and raced/race on the World Cup. Jack is now riding for fun, while Finn went on to be World Junior Champion, World Cup Junior Champion and has now stood on several World Cup Podiums as a pro. I am so, so proud of them both. They put in so much hard work over the years, and have succeeded at so much already – they’re my heroes. Serendipitously, travelling with work has allowed our paths to cross many times throughout the world, which has enabled me to be at many World Cups where my boys have raced. As an example, I am the Regional Coordinator for Scotland and the timing of the World Cup races at Fort William, Scotland have lined up perfectly to when I’ve needed to travel in my region. Finn is on the Specialized Gravity World Cup team and they base their warehouse in the same tiny Provençal town as Backroads – which is truly an amazing coincidence. 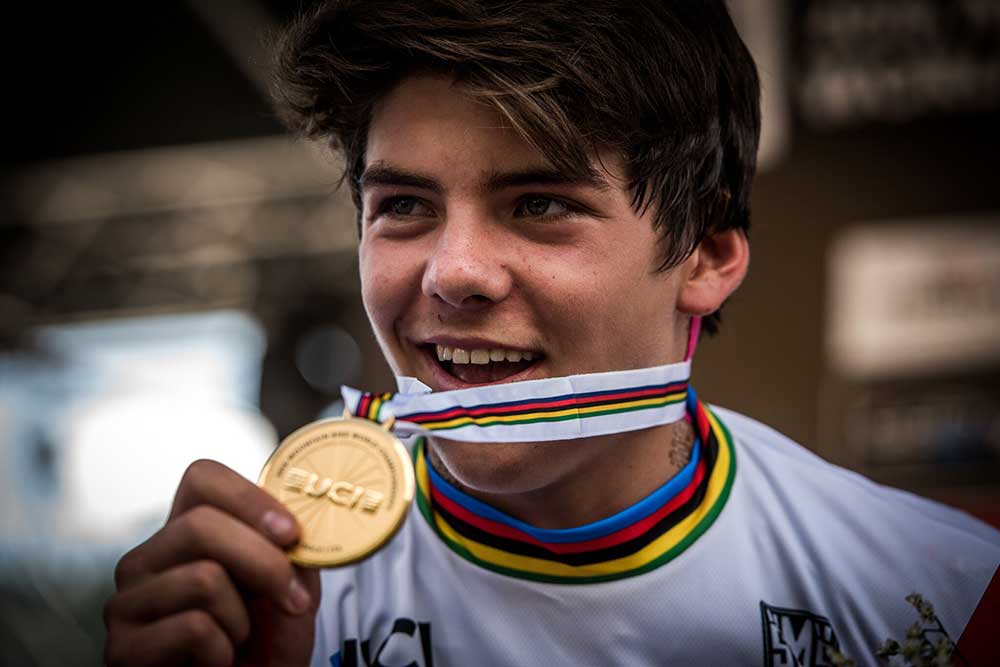 Where does your sons' interest in mountain biking and outdoor adventure come from? And what advice would you share with other parents looking to get their kids outside?

Getting outside and into nature has been primary in our lives and how we’ve brought up our kids from the moment they were born. We hiked with the kids in backpacks and let them hike as soon as they could walk. When they were a little older we tried to not make activities rigid, so if we were hiking or out for a bike ride we allowed them to make a game out of anything and everything and tried to not put a timeframe on the activity. When the kids were small and new to biking, we went out for a family ride after dinner whenever we could. We called it the ‘urban ride’ and we all looked for different spots around town where we could learn a new skill, even if it was a simple as riding off of a curb. We also made sure they always had the right equipment for whatever they were doing, so they had real hiking boots and raincoats, helmets, skis and bikes that fit well and were appropriate to their size. It made a big difference in how much they enjoyed whatever they were doing and how they developed their skill.

My advice is simply that kids learn from watching their parents, so if you hope to have them discover a passion for something, you need to be out there doing it yourself. Show them the fun and adventure, stop and throw rocks in a pond or do some kind of skill challenge. One thing that always worked well for us was to offer choices – would you like to bike this route or this other route? Or today we can either go for a hike and a swim or a bike ride and a picnic. Do it all as a family, and don’t be surprised if they end up taking it far beyond what you ever thought possible

How do you balance being a mom with your work, which takes you all over the world?

An amazingly supportive husband, who also happens to have led trips for Backroads, so he understands my work and my travel. We are now part-time empty nesters, but he was always there to take the mom reins when the kids were young. He often took the boys on long road trips where they camped, biked, hiked and explored our amazing North American landscape and cultures. The kids were always so curious and the outdoors was often their classroom; they didn’t even realize they were learning at the time. As they got older, road trips generally revolved around ski or bike race schedules.

How has your role as a mother been impacted over these last couple months with everything going on?

Because my kids are older, the impact has been minimal, no home schooling for me. I can’t imagine the immense challenge of having to work and home school at the same time. I’m so impressed by my mom (and dad) colleagues right now – I don’t know how they are doing it. The silver lining with the isolation is more family time – it’s bringing us together like never before.

Are there any lessons you've learned about the intersection of motherhood, travel and activity that you want to share with the world?

I truly believe that that intersection has enriched my life and the lives of my children. You don’t have to give up one for the other, but you do have to try to strike the right balance of all three to find what works for you and your family. It hasn’t always been easy, especially when they were small, but calling them every day from wherever I was (before video chatting) and sharing my excitement for wherever I was in the world brought out a curiosity in them that they have to this day. Now when they travel, they want to peel back the layers of a place, meet the locals, eat the food, and explore a city or country on foot or by bike – they now inspire me. 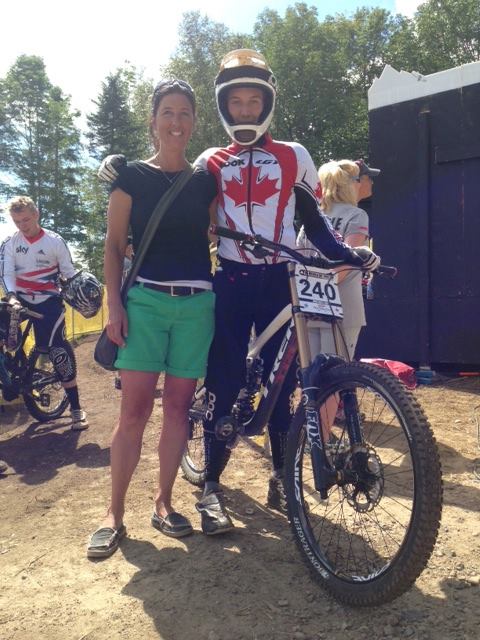