Is it a Grizzly Bear? 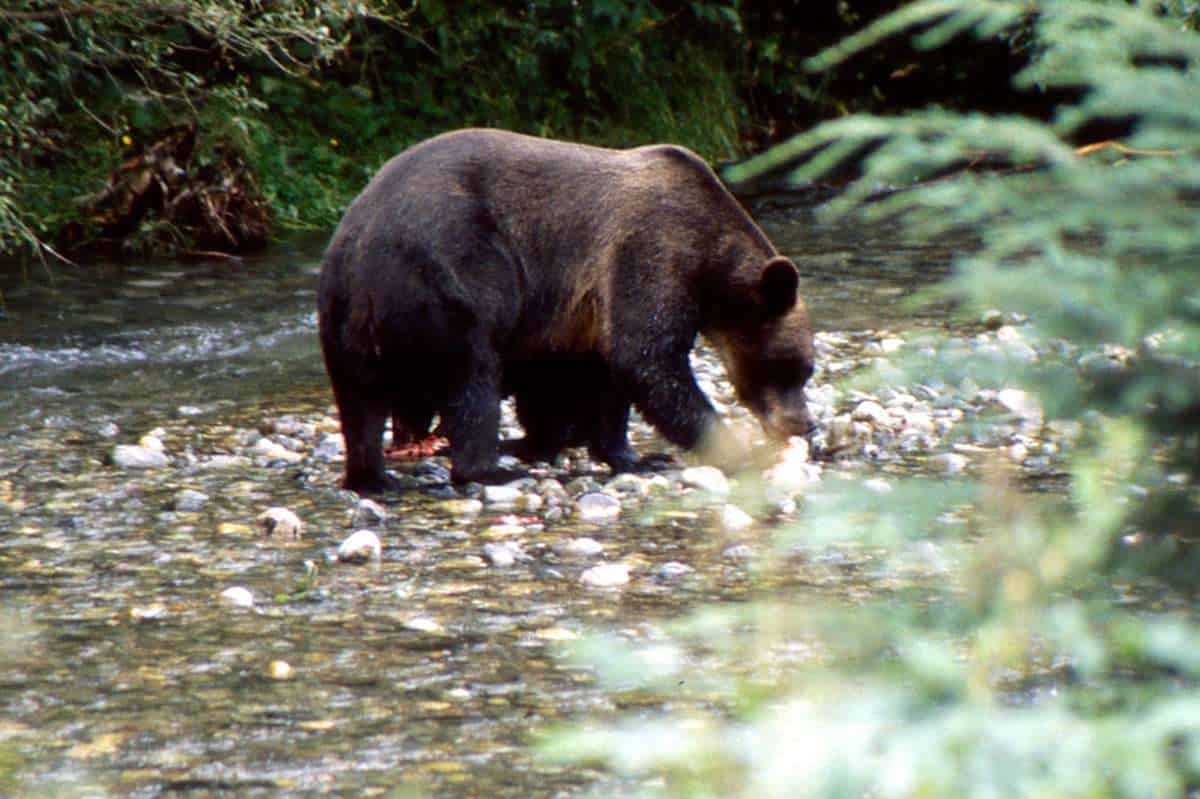 Grizzly bear with diagnostic hump over the shoulders

I'm flying down the hill at 50 miles an hour. Trees blow past me as I rapidly descend in elevation. Suddenly, smack in the middle of the road, I see two grizzly bears. I slam on the brakes, skidding sideways on my road bike. Somehow, I maintain control and stop, a mere 20 paces away from the two grizzlies. Startled, one runs to the side of the road, but the other holds his ground. I'm on the Highwood Pass in the Canadian Rockies with my cycling buddy, Greg. This time of year--April--the pass is open to cyclists and hikers, but closed to cars. There's often a two-week window where the snow is gone and the cycling is perfect. Just one catch--there are bears, and lots of them. I look at the two bears. Yep, they're definitely grizzlies. How can I tell--how do I know they are grizzlies and not black bears? This is something guests often ask me when I lead trips in the Canadian Rockies. Despite their names, it's not as simple as fur color. In fact, either bear can be blackish, brownish, blondish or reddish. 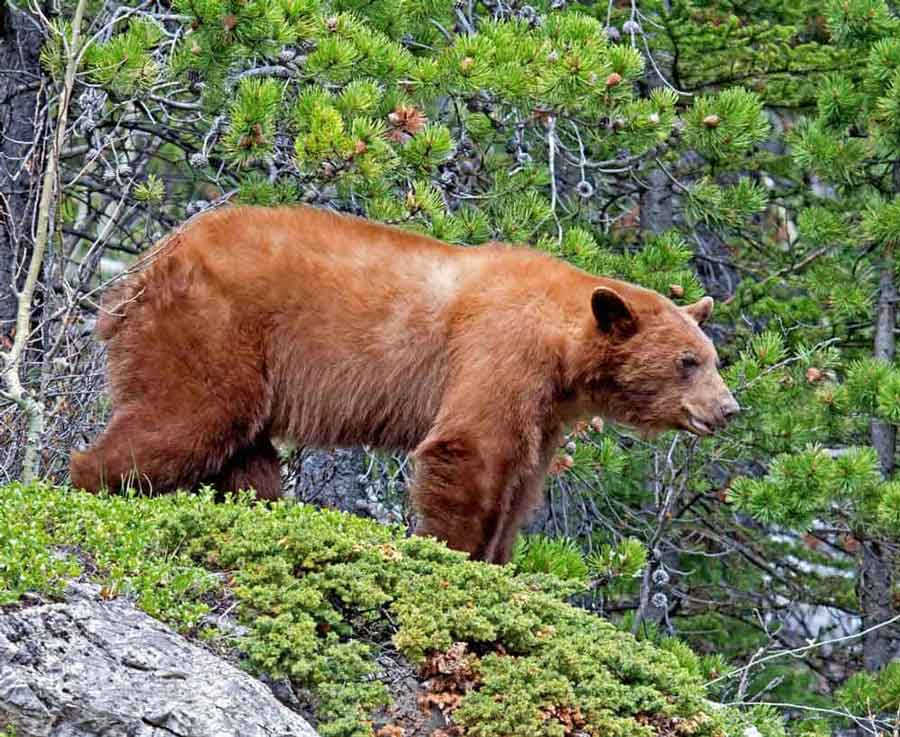 What I identified, while screeching to a stop on my bike, was the telltale sign of a grizzly bear: its hump. Grizzly bears have a hump atop their strong, wide shoulders. This hump represents a power generator of muscle that drives the bear's massive claws to lift earth, knock down trees and decimate potential prey. A black bear has no hump. Other features? A grizzly's claws are the size of a grown man's fingers while the black bear's claws are more dog-like. Grizzlies have large round faces with smaller ears (sort of like a teddy bear), while black bears have long snouts with German Shepherd-like pointy ears. Grizzlies are also generally much larger, but size is a poor indicator in the Canadian Rockies as the grizzlies only attain a third of their potential size. Plus, a younger bear may be small because it's just not quite grown up. Greg and I assessed the situation and agreed that we had two grizzlies. Hump: check. Teddy bear face: check. Size: small. Hmm, must be young ones, probably just weaned from their mother. Fortunately, we both have science backgrounds and are fascinated by bears. One thing we knew for certain was not to run: a grizzly can outrun a racehorse over a short distance! We paused to read the closest bear's behavior: it was scratching itself. This was bad: it's a form of displaced aggression. Basically, the bear was saying, "I'm not comfortable with you being this close. I won't attack just yet but it's on my mind." We were worried that if we turned back around the bears would follow us up the hill and we knew we couldn't outrun them. We came to the conclusion that we should scare the bears away and continue cycling downhill towards our car. This sounds bold but bears are naturally fearful of humans and we thought these two were just scared and young enough to run for it. We picked our bikes up above our heads trying to look like moose, which are much larger and tougher than bears. We took huge, lunging steps toward the bears yelling bear encounter phrases like "Hey, bear! Go away, bear!" We took one...two...three steps, and just before the fourth we looked at each other: what have we got ourselves into?! As our feet hit the ground for the fourth step, the bears jumped like cartoon characters and fled into the forest. Our adrenaline pumping, we hopped on our bikes and raced the last 10 miles back to the car. 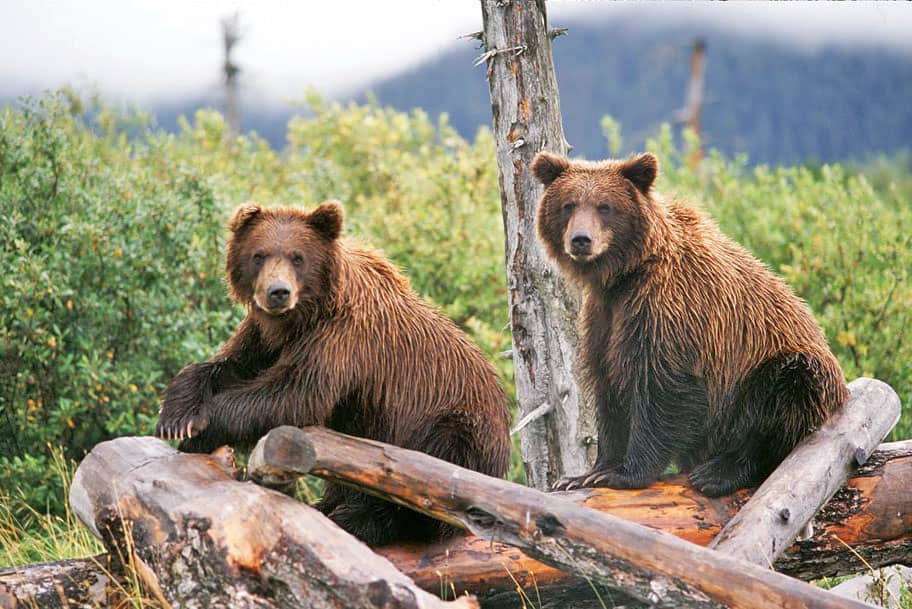 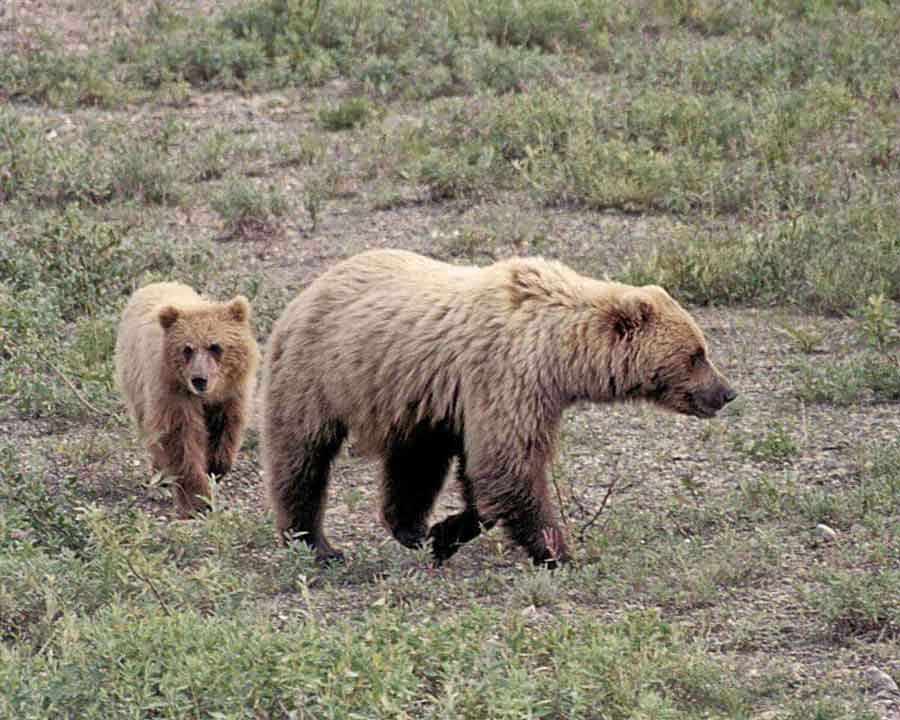 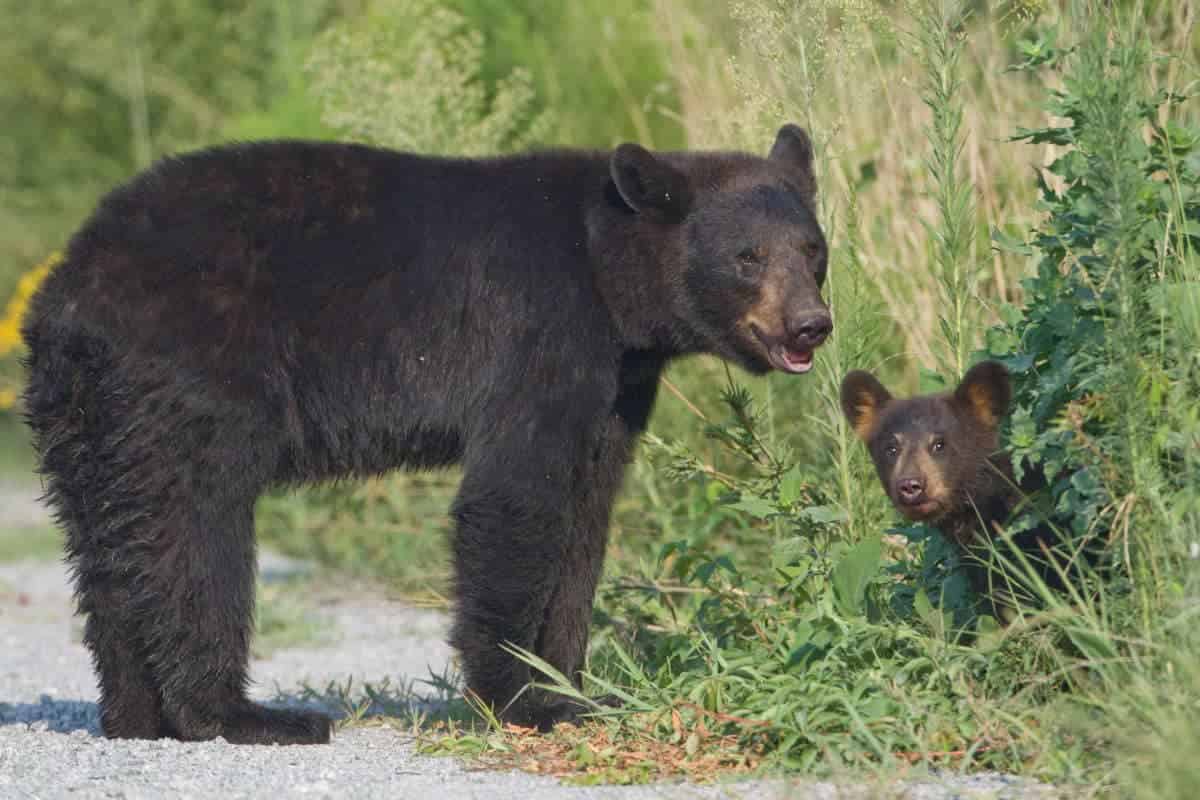