Finn Iles: Steps to the Top

Adventure is part of the company culture here at Backroads. Visit our headquarters in Berkeley on any given day and you'll find staff gearing up for a lunchtime bike ride, heading out on a group run or swapping travel tips and stories. Staying active and having fun are the foundations of our strong community and fuel the hard work we put into delivering extraordinary biking, hiking and multisport trips in over 40 countries around the world. Recently, professional downhill mountain biker Finn Iles visited our Backroads office and wowed us all as we watched a short film highlighting his incredible talent. In 2015 at the age of 15, Finn was the youngest downhill mountain bike athlete to join a World Cup professional race team. 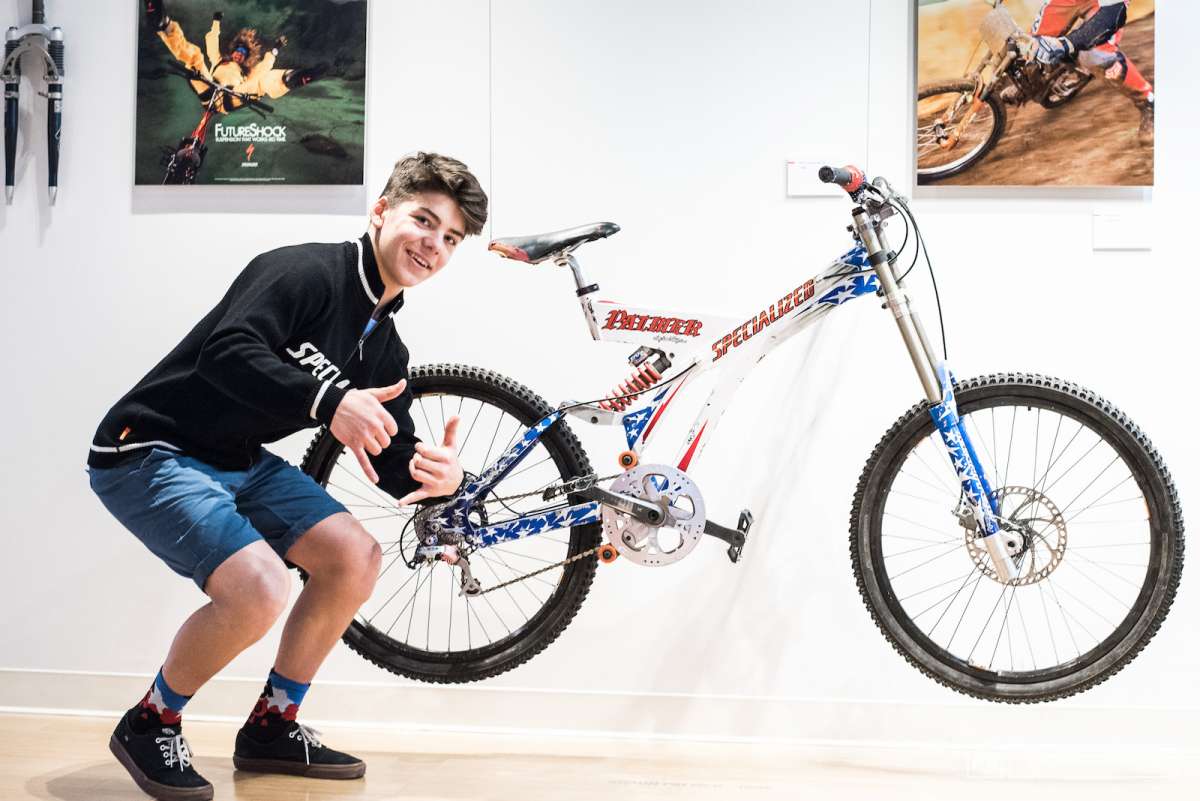 Backroads staff, their families and local high school mountain bike team members gathered after hours and oohed and aahed at video footage of Finn racing down mountains, flying off jumps and speeding through a thrilling urban course in Taxco, Mexico. Folks were eager to meet Finn and to learn about the professional racing world. (We wouldn't be surprised to see some of the intrepid students again at a Backroads Trip Leader hiring event down the road!) Despite his daredevil style, 16-year-old Finn proved in a Q&A session moderated by Rich Snodsmith, longtime Backroads Sales & Guest Services Director, that he has all the class and poise of a true champion. Finn talked about being inspired by his team, working hard, staying focused, having fun and dreaming big. 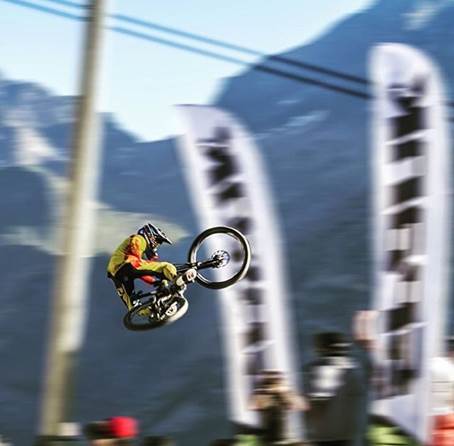 Finn truly enjoyed the many questions from the audience covering topics such as training (weights, spin and riding), school (online when on the road), travel (lots of it but mostly Europe), nutrition (eats well but doesn't like vegetables), technology (yes) and fan behavior (they love him in Mexico).  The Albany Mountain Bike Team discovered that although Finn races downhill he equally enjoys and races cross country. Finn's videos included "Steps to the Top," the story of Finn's win at the World Whip Championship (tearjerker) and his helmet cam footage from Taxco Urban Downhill (terrifying). The highlight of the evening, of course, was the many questions from the youngsters in the audience including: Do other people race that course? Have you ever done a backflip? What does it feel like in the air? Have you ever been to England? And an observation: You look like a helicopter. Finn is the son of longtime Backroads employee Alison Iles, the manager of our Family Trip program, and Dave Iles, a former Backroads leader. Finn is an honor student in 11th grade and both of his teammates continue their university studies outside of race season. It was a fun and "spinspirational" event, as one of the audience members called it as she headed off to the gym! This April Finn heads to Lourdes, France, for his first World Cup race of 2016 with his Specialized Gravity teammates, World Cup Champion Loïc Bruni, and Junior World Cup Champion Loris Vergier. You can bet that his new fans at Backroads will be eagerly awaiting the competition results! But don't expect downhill mountain biking to be added to our trip roster anytime soon--we'll leave that to the pros. Check out Finn's video "Steps to the Top" and follow him on Instagram. 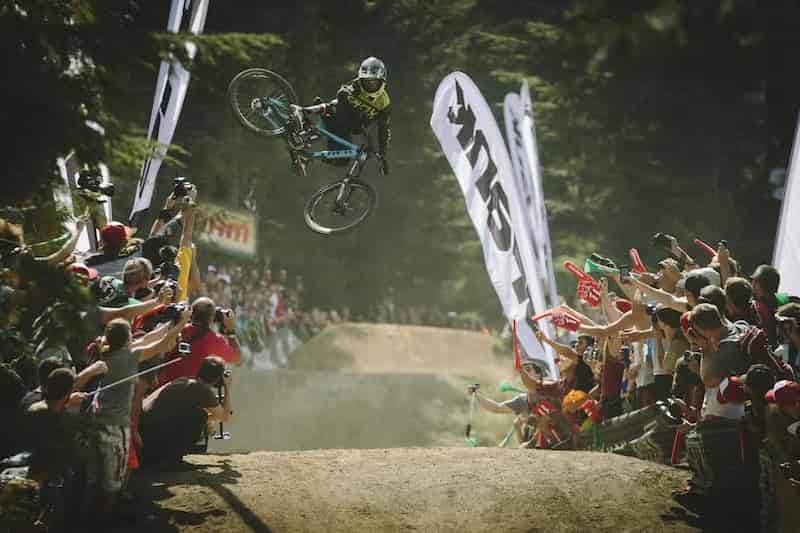 More on Finn Iles: Finn's inspirational story began in 2014 when at 14 years old he won the World Whip Contest at the Crankworx Mountain Bike (MTB) Festival in Whistler, BC. A Whip Contest is all about fun and style as riders are judged by how far sideways they can get their bike in the air and still bring it back for a landing. Finn was four years too young and not considered a professional to enter the contest, but was allowed into the contest featuring the world's best MTB gravity riders after pressure from a relentless social media campaign. It was the local MTB community that instigated the charge and after videos of Finn surfaced online, the MTB world at large joined in the cause. Following his win came a whirlwind of magazine cover shots, double page spreads, an invite to the prestigious Taxco Urban Downhill, a TV commercial, a segment in Anthill/TGR productions hit movie (Unreal) and most importantly a three-year professional contract with Lapierre Gravity Republic Team.  Finn was too young in 2015 to race the World Cup, and was the youngest rider to be signed by a World Cup team. A dream come true, but a lot to swallow for a 10th grade student who four months earlier was leaning more toward a life in ski racing. For 2016, the team is now sponsored by Specialized and known as the Specialized Gravity Team, which includes present World Champion Loïc Bruni, former Junior World Champion Loris Vergier and... Finn!! Other members include a manager, trainer and two mechanics. The competitive season includes nine World Cup races in Australia, Europe and North America and starts in Lourdes, France, on April 10. In addition, Finn will compete in Crankworx events and the final race of the World Enduro Series in Finale, Italy.