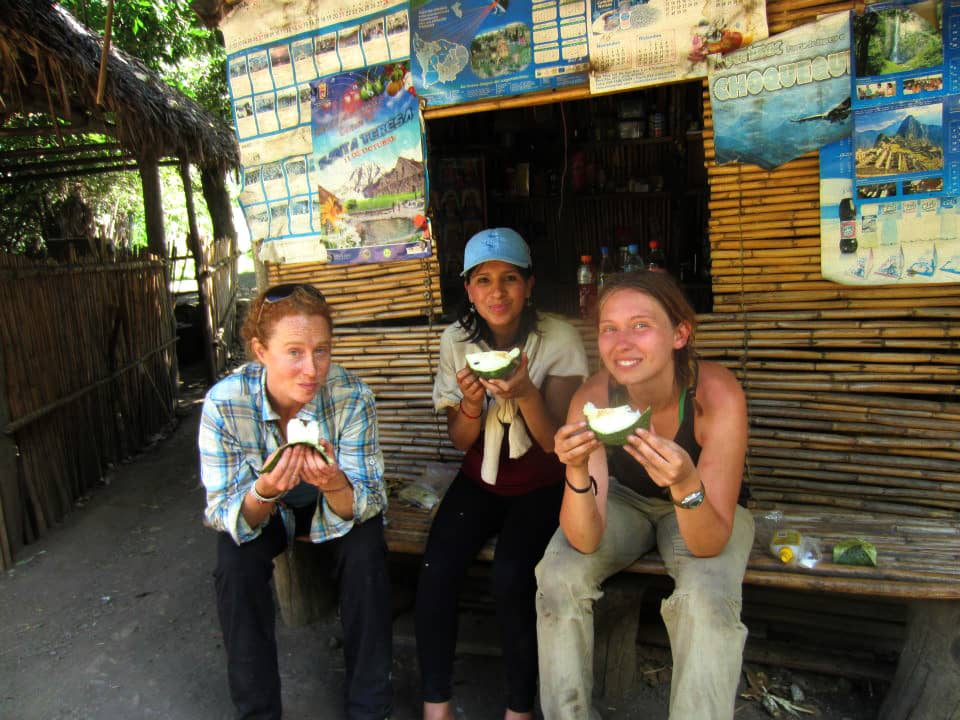 Heather, Karen and Emma enjoying the best fruit ever conceived

And when it's dripping juice and has fallen straight from the tree into your outstretched hands, it can truly be considered a gift from the gods. Above, I'm enjoying my very favorite fruit with some great friends on the trail to Choquequirao in Peru (see Choquequir-WOW!). We are at the midpoint of one of the dustiest, most challenging hikes I've yet to pursue with a hundred-pound pack on my back. At this point, our key sustenance has consisted of stale Snickers bars. You probably didn't even know that Snickers could go stale. I assure you they can. 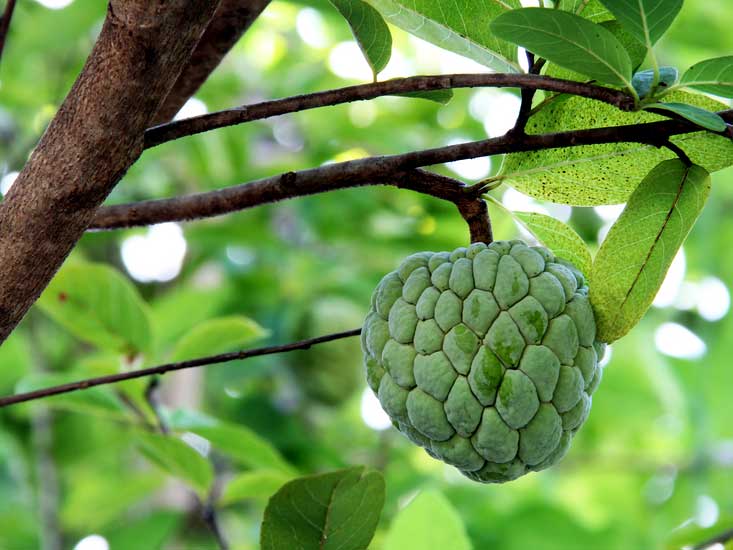 I've loved cherimoya since I first laid taste buds on it in Costa Rica in November of 2005 (yes, I remember the date-this fruit is that impactful). I drank it in batidos (delicious Costa Rican fruit smoothies), I ate it fresh from the market and I made sure that it took part in every picnic I prepared. You might say I was obsessed. Later that year, I was overjoyed to learn that the same fruit was available in Spain. There they were referred to as custard apples. This is an apt description. Imagine a fruit so creamy it might be considered a part of the custard family. And so key to survival that it might be grouped with the apple. And there you have my favorite fruit. It looks nearly identical to soursop-or guanábana, which incidentally bears the best name in the fruit family of food (say that name quickly and it sounds much like the theme song for The Muppets). The soursop has widely been touted as an alternative cancer treatment. But it isn't quite the same as the cherimoya, my fruit of choice. Truly, this fruit is unrivaled by any food I've ever eaten. And in the aforementioned example on the trail to Choquequirao, where I was so parched that I lost my upper lip due to it sticking to my top teeth, the fruit actually felt heaven-sent.

Cherimoya is roughly the size of grapefruit, with creamy white flesh and large glossy brown seeds. Its name originates from a Quechua word meaning "cold seeds" and the trees thrive at high altitudes throughout the tropics. Like an avocado, they are perfect to eat when their green skin gives slightly to pressure. Some would describe the taste as a combination of peach, pear, pineapple, papaya, strawberry and banana. I would simply say it's magical, delicious and unmatched in the animal, vegetable or candy kingdoms. It's pure bliss. 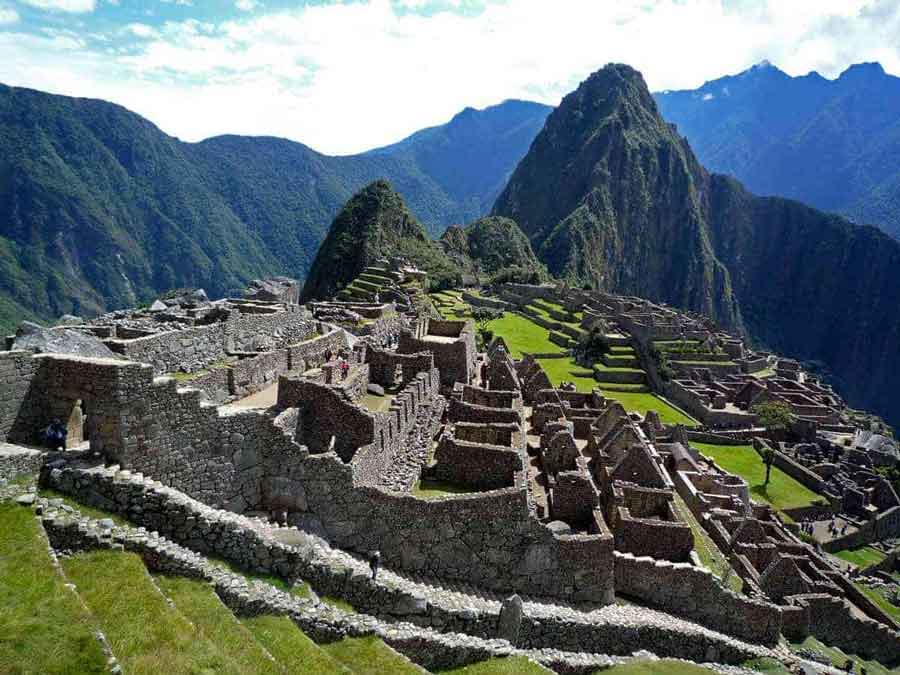 A couple years after my discovery of the fruit (and yes, I DO mark my life in two stages: Before Cherimoya, or BC, and After Discovery, or AD), Backroads offered me the opportunity to lead trips in Peru. On the heels of my joy at being able to travel to Machu Picchu was the ecstasy of discovering that cherimoya is believed to have originated in the Andes. That meant...an unlimited supply?!? I was in my element. On my second day in the country, I went to the market to load up on the tasty green produce. I expect that I ate one per day of my stay (as a rough average). I became known by our local partners as "the girl who insists that we bring cherimoya to each high-altitude picnic, even by mule-back." I've been called worse. I always knew I loved Mark Twain. We share similar thoughts on San Francisco. As such, it was no small surprise to learn that we also shared good taste in fruit. He called cherimoya "the most delicious fruit known to men." Of course, I'd heartily agree and add that we women also certainly appreciate this creamy and delicious treat. So obvious is my love of the fruit that a friend of mine made me a gift of cherimoya jewelry. She spent two years in Madrid saving custard apple seeds and then strung them together for me. Now if that isn't a friendship bracelet, I don't know what is.

I am from India (Western Indian state - Maharashtra). We have plenty of these. They are called SITAPHAL in local language. Are also used in ice creams & in sweets made from milk. We also have another similar fruit called RAMPHAL. Its pink from outside & tastes different - Not sweet. I love both. Do come for enjoying these. btw - PHAL means fruit!
Hello Swanand,

Thank you so much for your comments and for sharing more information about my most favourite fruit!

It sounds like it's worth a trip to India for this alone, not to mention all the other cultural delights and experiences that I am sure you have to share.

Have a beautiful day!
Heather
Top