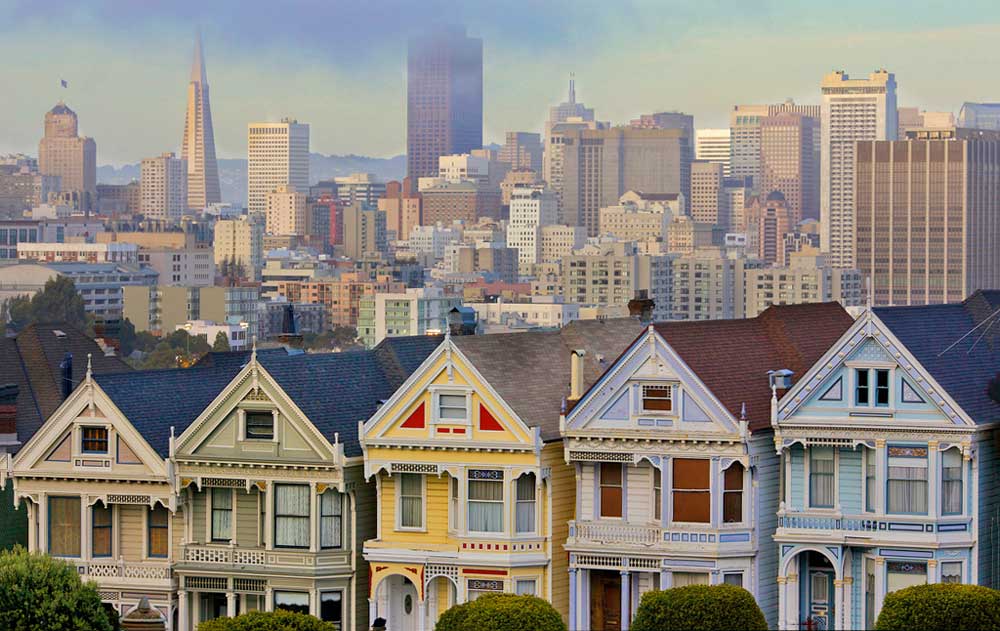 There's something about San Francisco. Something that sets it apart from other major world cities. Is it the natural setting surrounded by indigo Pacific waters? Or the way the hills display the shining city like a diamond on their hand? The parade of Victorian pastel houses paired with a riot of street art? The homegrown food scene with its year-round access to fresh local produce and pioneering chefs? Or perhaps it's something intangible. Some sort of energy coming out of the cafes, the bookstores, the parks. An energy left behind by the gold miners, the immigrants, the beatniks and the hippies. And that energy smashing head-first into the exciting innovation and modern life of the techies. True American culture crammed into seven square miles. Whatever it is, many have tried to pinpoint that which makes San Francisco feel so special. Few have succeeded. But with this guide to 24 hours in "The City by the Bay," you'll certainly get a taste for it, perhaps before or after your Backroads trip in California.

8 a.m. - Start your day along The Embarcadero. Stop into the bustling Ferry Building, a year-round indoor farmer's market where all of the Bay Area's finest purveyors of locally sourced organic food are waiting to give you a sample. Grab a cup of coffee from Blue Bottle, arguably the best coffee around. 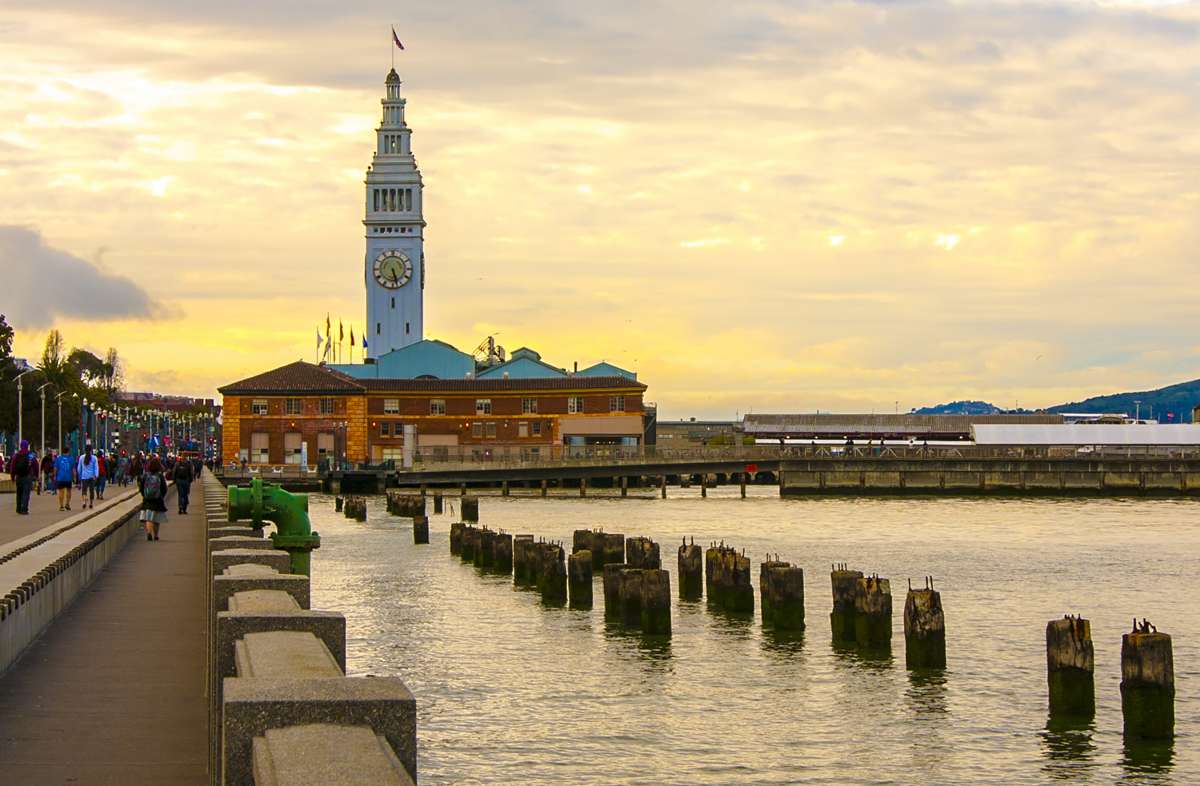 (Now be a savvy traveler and call ahead to El Techo in the Mission District to make dinner reservations for tonight around 6 p.m. on their rooftop terrace. The early bird gets the margarita!) After you've grabbed your breakfast, get your blood pumping with a stroll northward on the Embarcadero towards the Hidden Staircase of Telegraph Hill. Up, up, up you go past secret gardens and precariously perched homes. Also, keep your eyes peeled for the Lost Parrots of Telegraph Hill! Not joking! After 400 steps to the top, you're at the base of iconic Coit Tower, where expansive views of the city, Marin County, Alcatraz island, the East Bay and the Golden Gate Bridge await. 11 a.m. - Head down into North Beach, the city's "Little Italy," where you can grab a quick lunch at old-school Molinari Delicatessen. After lunch, walk one more block south to get in touch with your inner beatnik and pop into City Lights, the legendary bookstore that published Allen Ginsberg's "HOWL." 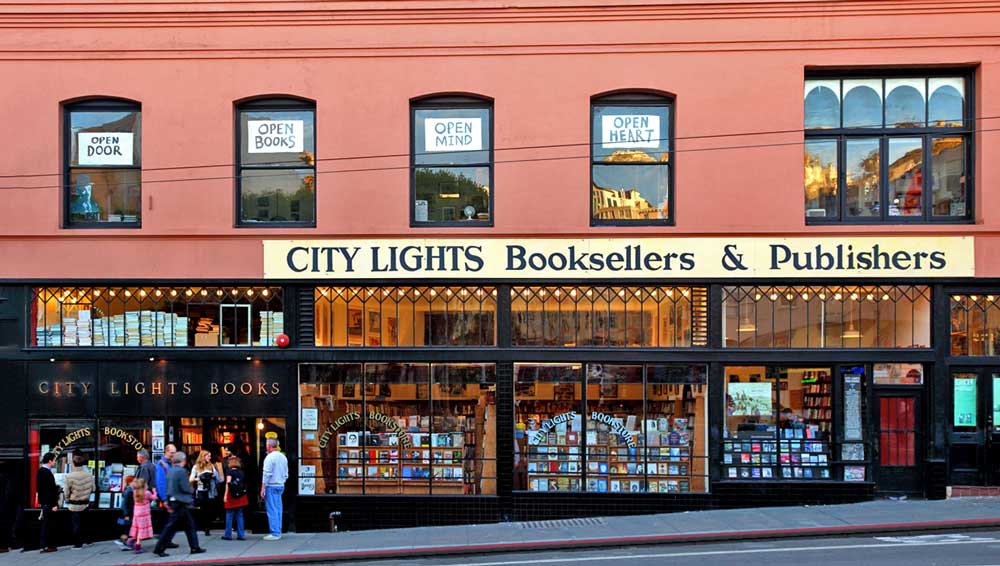 Once you're at City Lights, you're only a few steps away from a portal to another world. San Francisco has one of the largest Chinatowns outside of Asia and once you cross in, friends, there's no coming back. Well, I don't mean there's literally no coming back, but explore the labyrinthine gift shops and the Golden Gate Fortune Cookie Factory and you'll be forever changed. 3 p.m. - Score a "twofer" by heading to the de Young Museum and enjoy a world-class art collection in the equally impressive setting of Golden Gate Park. Alternatively (or additonally, depending on how fast you move!), visit the neighboring Japanese Tea Garden or California Academy of Sciences. 6 p.m. - Vamos a la Misión! In the hip Mission District, the place you want to be is El Techo. Rooftop views of the city, fresh Mexican food and a margarita so good that you'll thank yourself with a second one for making reservations in advance this morning when you were at the Ferry Building (wink wink). After dinner make a pass by Clarion Alley, one of the most jaw-dropping collections of street art and graffiti on the West Coast. 8 p.m. - Say "yes" to spontaneity with a show at BATS Improv Theater in the shadow of the Golden Gate Bridge (Fri-Sun). Of course, there's always the ubiqutous Beach Blanket Babylon (Wed-Sun) or, for the truly adventurous, the spooky nightime tour of Alcatraz Island (daily; advance reservations are recommended). 10:30 p.m. - There's only one way to wrap up a day like this--with a nightcap at a library bar. Raise a glass to your sense of adventure and for cramming the best of San Francisco into 24 hours at The Interval at Long Now at Fort Mason Center. Cheers! 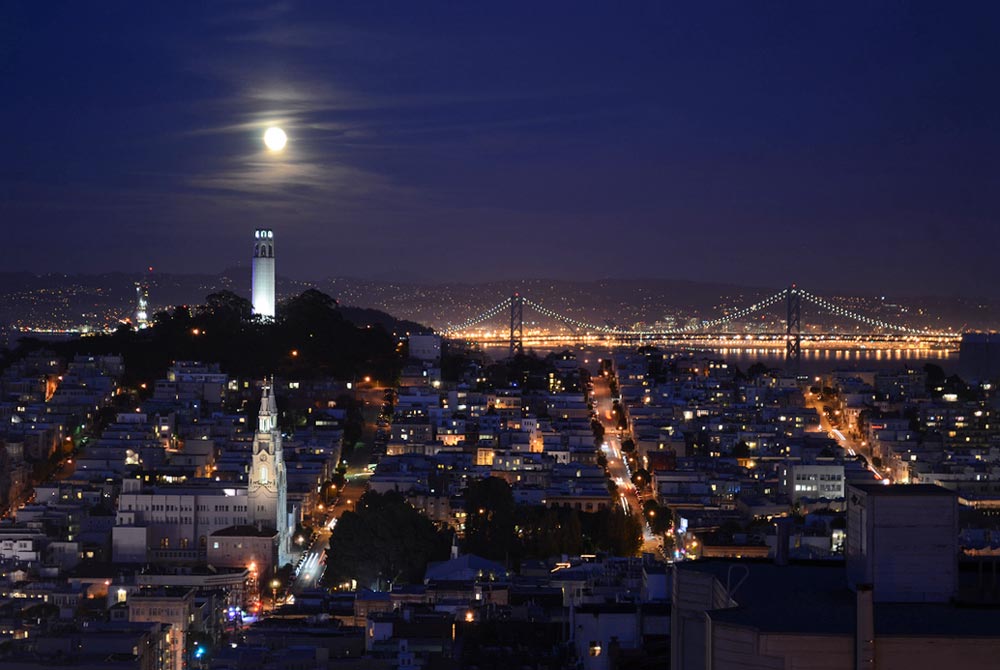