With its proximity to the Mediterranean Sea and Atlantic Ocean, Spain today is a culmination of thousands of years of trade, exploration and exposure to cultures from around the globe. Beyond its seemingly endless coastline, Spain boasts epic mountain ranges, world class cities, incredibly friendly people and intoxicating traditional music, food and drink. With dozens of exquisite hotels featured on Backroads trips throughout Spain, it's no easy task to pick favorites. Here are six particularly special hotels that will be a top highlight of your travels in Spain. Mas De Torrent Hotel & Spa 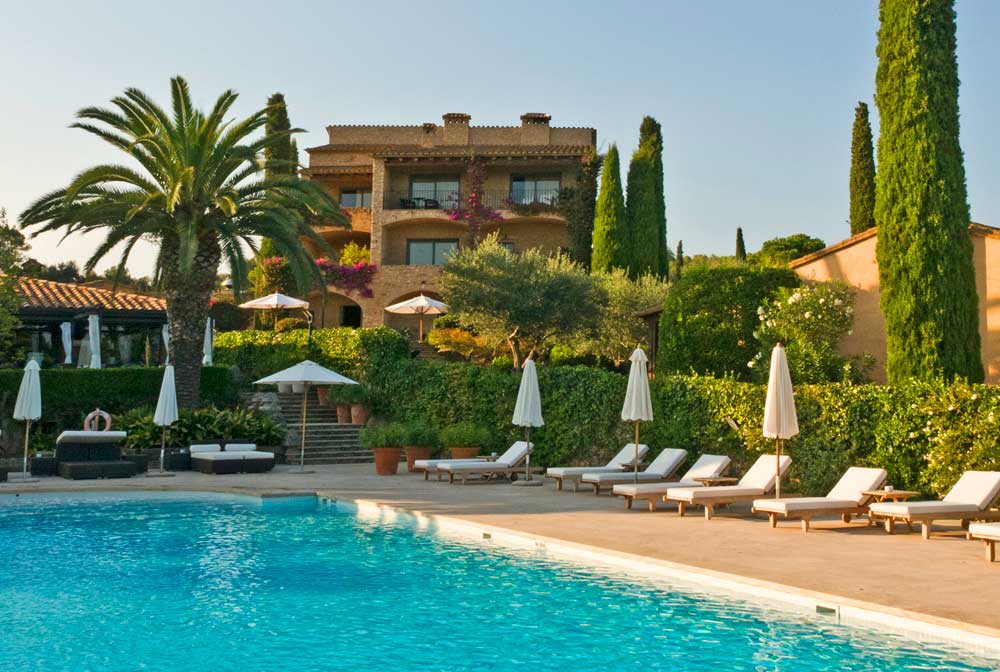 In the northeastern corner of Catalonia, situated among Mediterranean forests, medieval villages and Spain's famed Costa Brava, is the Mas De Torrent Hotel & Spa. This 18th-century Spanish farm has been reimagined for the modern traveler in pursuit of luxury. After a day traversing ancient smugglers' routes that have become captivating hiking paths, rejuvenate in the spa's invigorating cold plunge pool and relaxing hammam. As the evening light wanes, stroll the manicured gardens with a glass of Cava in hand and toast to another perfect day. Stay here on Backroads' Costa Brava to Spanish Pyrenes Walking & Hiking Tour. 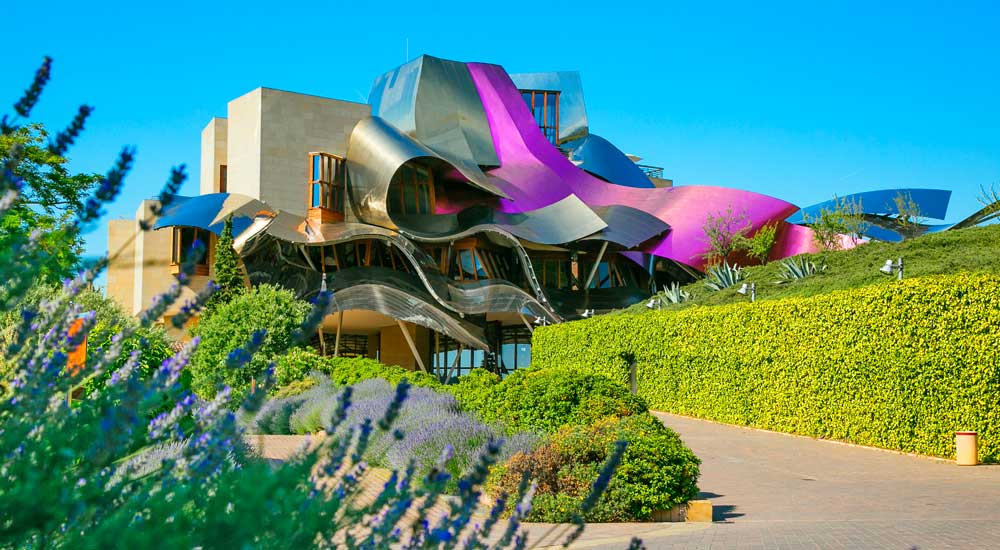 You've probably never seen anything like it, let alone spent the night in something like this. The Marqués De Riscal is renowned architect Frank Gehry's ode to Rioja. Possessing the energy and feel of a futuristic space station, this former 1848 winery-turned-hotel underwent an ultramodern face lift that was completed in 2006. The multi-colored metallic building is home to a Michelin-starred restaurant and seemingly limitless access to some of the region's best wine, reason enough to come experience this one-of-a-kind property. Stay here on Backroads' Basque Country Bike Tour. 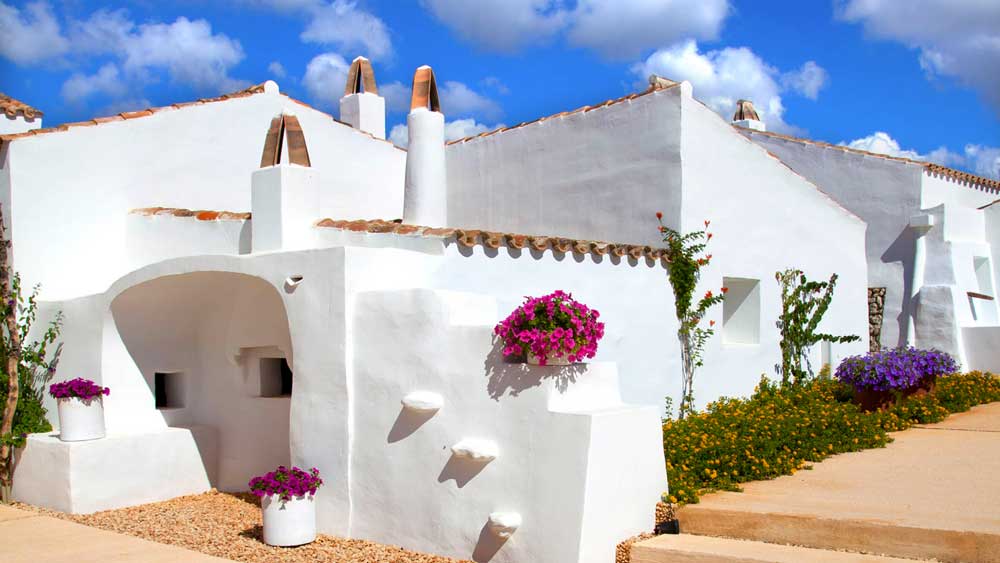 You may be familiar with the island of Mallorca, but Menorca? Scattered with millennia-old archaeological remains and world-class biking routes, Menorca beckons exploration. And Torralbenc, an 18th-century whitewashed farm-turned-luxury-retreat, highlights all that this lesser known island paradise has to offer. Its intimate setting is slightly off the beaten path, so you'll feel worlds away while remaining at the center of it all. Stay here on Backroads' Mallorca & Menorca Bike Tour.

The expansive La Bobadilla feels like an Andalusian village unto itself. Its Mudejar architectural design--a nod to an age when the Moors dominated the Iberian Peninsula --strikes a timeless chord. Each room offers a unique design and views over its intricate courtyard gardens and across the surrounding countryside are breathtaking. As a bonus, La Bobadilla strives to reach eco-friendly heights. By burning olive pits from neighboring orchards, they're able to fuel this one-of-a-kind property almost entirely by renewables. Stay here on Backroads' Southern Spain's Andalucía Bike Tour. 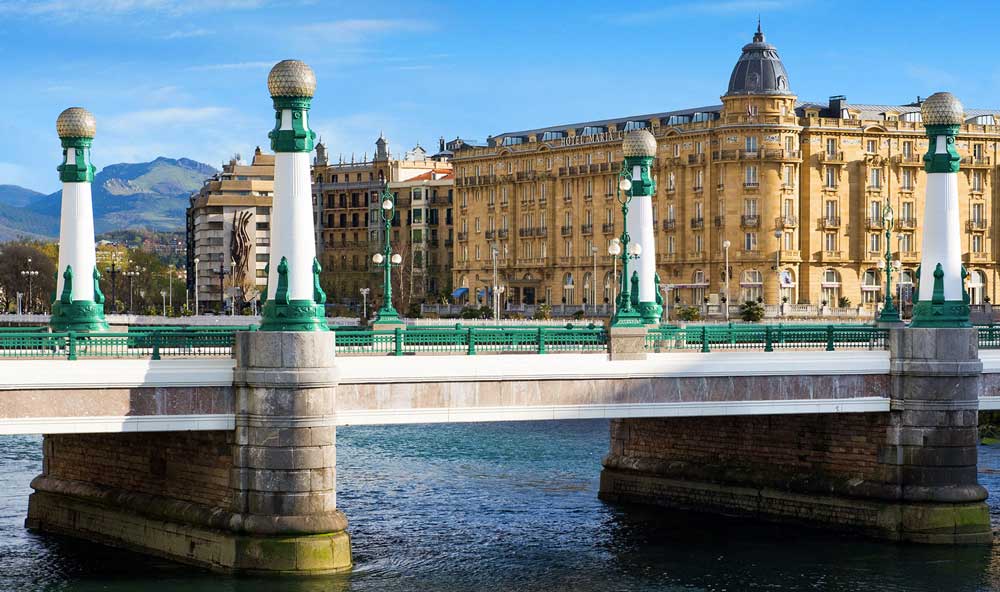 Since 1912 the impressive Hotel Maria Christina has been a welcoming presence in San Sebastian. As the town evolved from sleepy, sea-side village to high-end destination, this palatial retreat has hosted royalty, Hollywood stars and Backroads guests alike. With nearby hiking routes and coastal terrain perfect for kayaking that feel miles from civilization, the Maria Christina affords an unbeatable location. While this Luxury Collection Hotel is lacking nothing itself, the freedom it offers its guests to effortlessly venture into town may be its greatest asset. Stay here on Backroads' Basque Country Multi-Adventure Tour.

If cycling world-class routes has you ready for pampering, it's time to indulge in Son Brull's daily yoga offerings and exceptional spa. Set at the foot of Mallorca's UNESCO-designated Serra de Tramuntana mountain range, this 18th-century Jesuit monastery has managed to retain its serene aura and charming ambiance. Its restaurant coordinates with local farmers and fishermen to serve sustainably sourced produce and seafood to provide an extravagant (and responsible!) dining experience. A Relais and Châteaux property, Son Brull epitomizes the pastoral roots of the island while embracing the modern decadence of one of the world's greatest getaways. Stay here on Backroads' Mallorca Bike Tour.

Iceland for Teenagers: The Unexpected Benefits of Group Travel
In late July of this past summer, my teenage daughter Chloe and I joined Backroads’ Iceland Multi-Adventure for Families with Teens & Kids. Twenty-three travelers flew from the domestic airport in Reykjavik southeast to the town of…
My First Backroads Family Trip: Yellowstone & the Tetons
Months ago, when my husband asked me how I’d like to mark my 40th birthday, my answer was to go on an action-packed adventure with him and our three kids (ages 13, 11 and 8). I wasn’t sure what that was, exactly…nor did I…
5 Tips to Make 2022 Your Best Year of Travel Ever
As borders reopen around the globe, a world of possibilities is opening up for travelers. Whether you’ve been hunkered down at home or venturing across continents, next year presents a unique set of opportunities for enjoying a bucket-list adventure—or two!—in destinations that, after nearly two…
Smugglers, Tourists & Guardia Civil: The Surprising History of Catalonia’s Camí de Ronda
In the 20th century, the Costa Brava had three major industries: cork production, tourism and smuggling. This stretch of coast in Catalonia runs from Blanes in the south to the French border at Port-Bou. The region became famous among tourists…

please contact me..509-954-8809...price of spain
Hi Carol—Thanks for reaching out! One of our Trip Consultants will be contacting you shortly. You can also reach us at 800-462-2848 or visit www.backroads.com/award-winning-tours/spain for information (including dates & prices) for all of our Spain trips. We look forward to speaking with you!
Top