Taking the Backroads to Love: A Guest's Perspective

When I decided to embark on my first Backroads adventure, I was not a biker. I was not even particularly athletic. I was a 24-year-old, newly single teacher in Tampa, Florida. I had just spent months planning the June wedding of my dreams, but I knew something was not right. I called off my engagement and was at a loss of what to do with my newfound freedom. My summer of 1988 was now wide open. 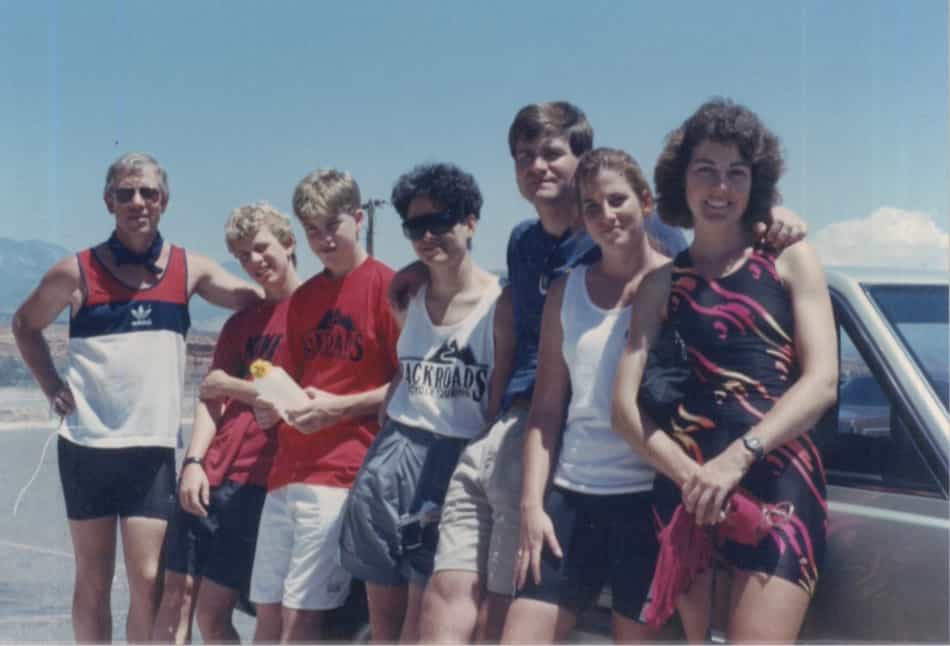 Not long after calling off my wedding, my Uncle Marty and Aunt Judy invited me to join them and my two twin cousins on a Backroads Bryce, Zion & Grand Canyon Multisport Adventure Tour. I quickly jumped at the opportunity to step out of my Floridian comfort zone and adventure out west. My father was an avid biker at the time and excitedly helped me begin training for my trip. Little did I know, the smooth, flat Florida roads could never have prepared me for the mountains ahead. 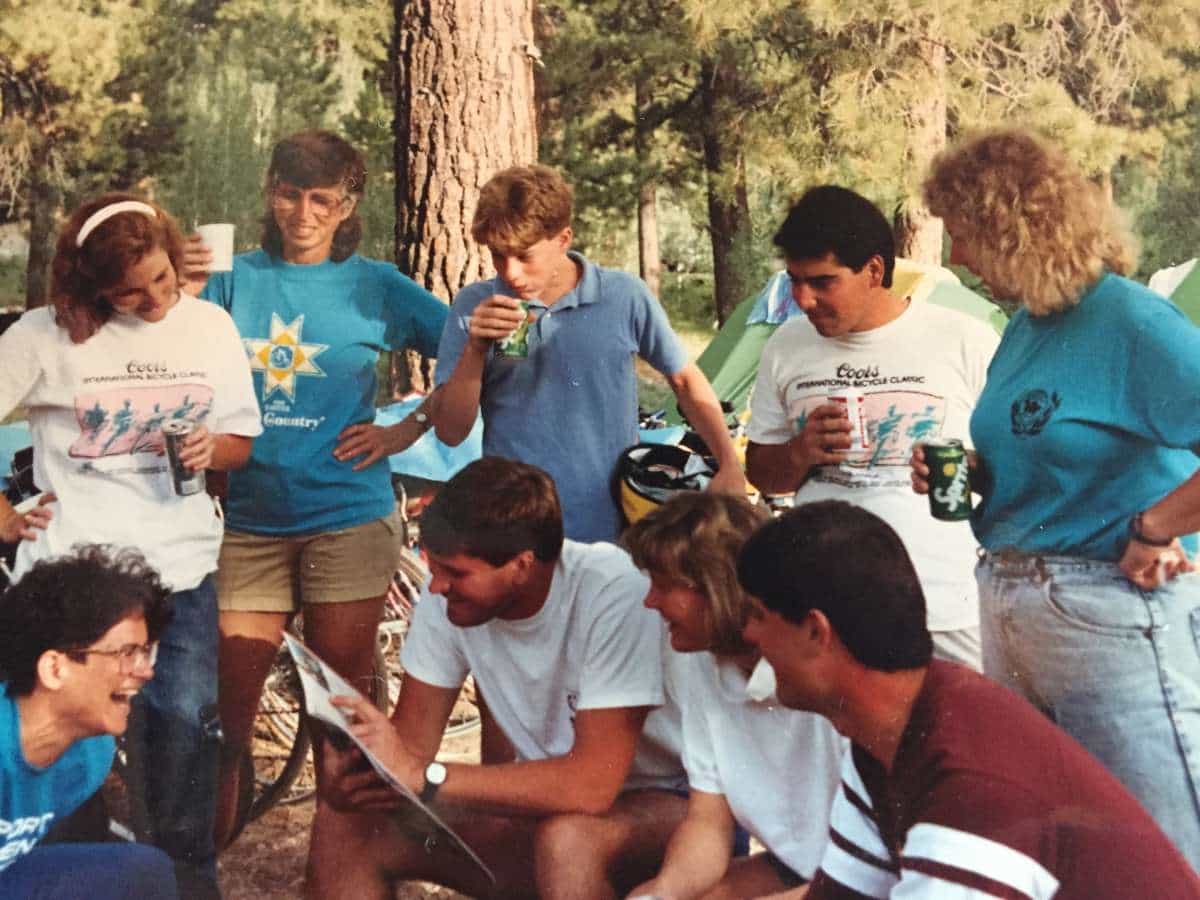 Off I went with my aunt, uncle and cousins to St. George, Utah, where our group met up. We were then shuttled to a campground in Cedar Breaks where we spent our first night having a meet and greet under the stars. It was here that I met the love of my life. I didn't know it at the time, but in this eclectic group of people--young and old, tall and short, newbies and old timers--was my future husband! A tall machinery salesman from Charlotte, North Carolina, named Artie Newcombe who was just waiting for me to catch his eye. 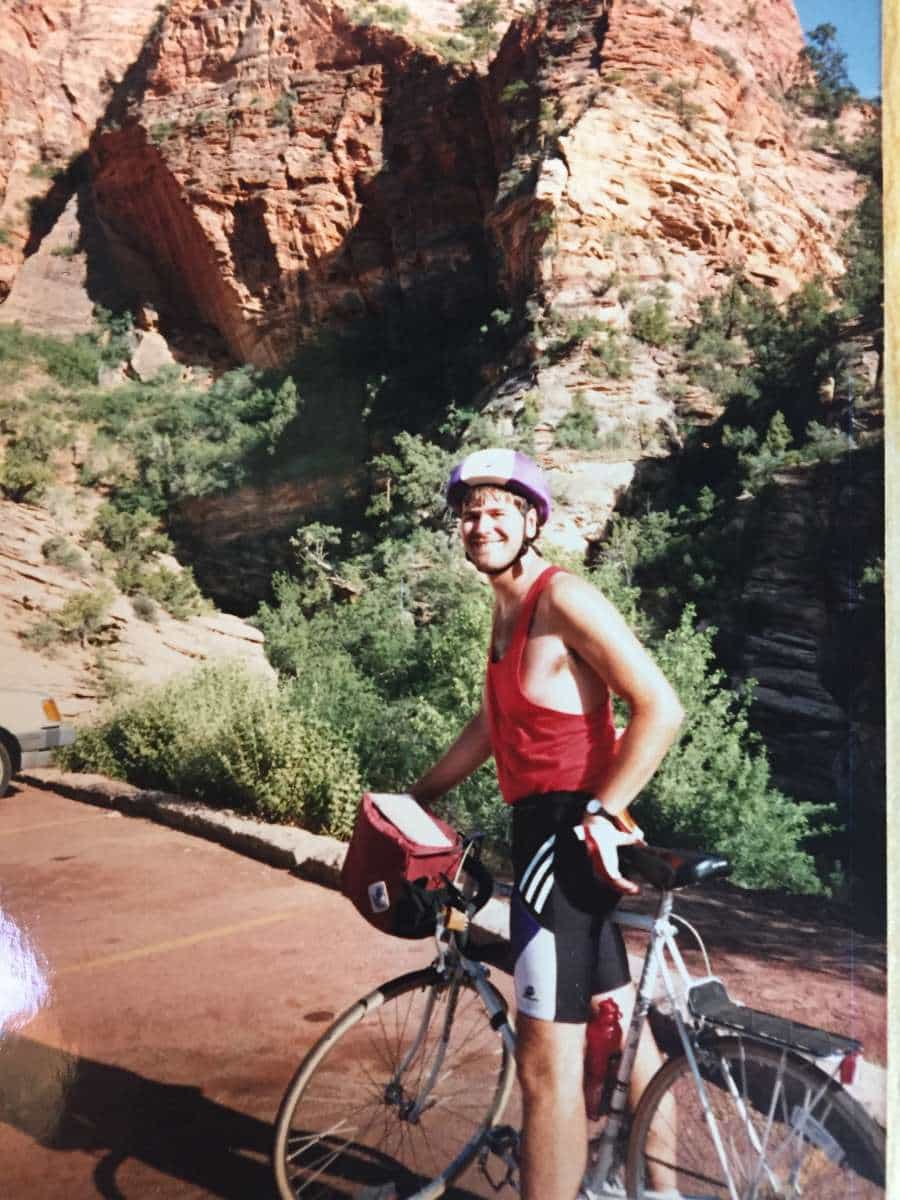 The first couple of days I stuck to hiking and exploring with my family but on the third day, when we began the bike ride to the Grand Canyon, I started to notice the southern boy. Our group stopped to rest at the Buckskin Tavern in Fredonia, Arizona, and Artie asked me to play pool with him. After getting beat worse than I'd like to admit, Artie asked if I wanted to ride the shuttle the rest of the way with him and my aching muscles could not have been more relieved. Because Backroads allows everyone to go at their own pace, it was a wonderful reprieve on that hot day spending time getting to know the man of my dreams in the shuttle. Additionally, our leaders (Pat Carter, Ken McClenahan and Cathy Fogel) were with us every step of the way. Our leaders set up camp, cooked, cleaned and cared for the group the entire time. I have no idea how they did it all--and this was before cell phones! 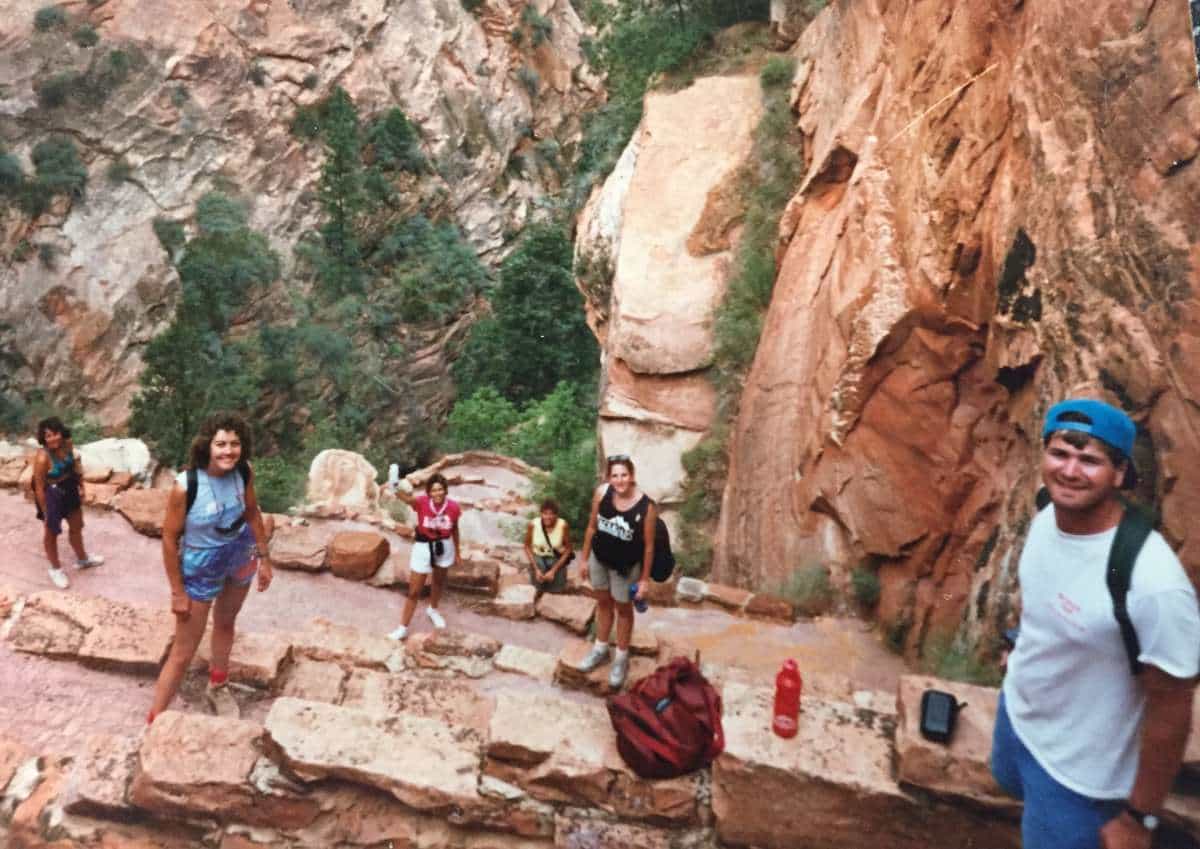 When we finally arrived at the vast Grand Canyon, we were in awe. Artie and I made the lengthy, hot hike down the canyon--jumping over piles of mule poop along the way for a little extra entertainment. Somehow this long, sweltering, smelly day ended up being our favorite by far. 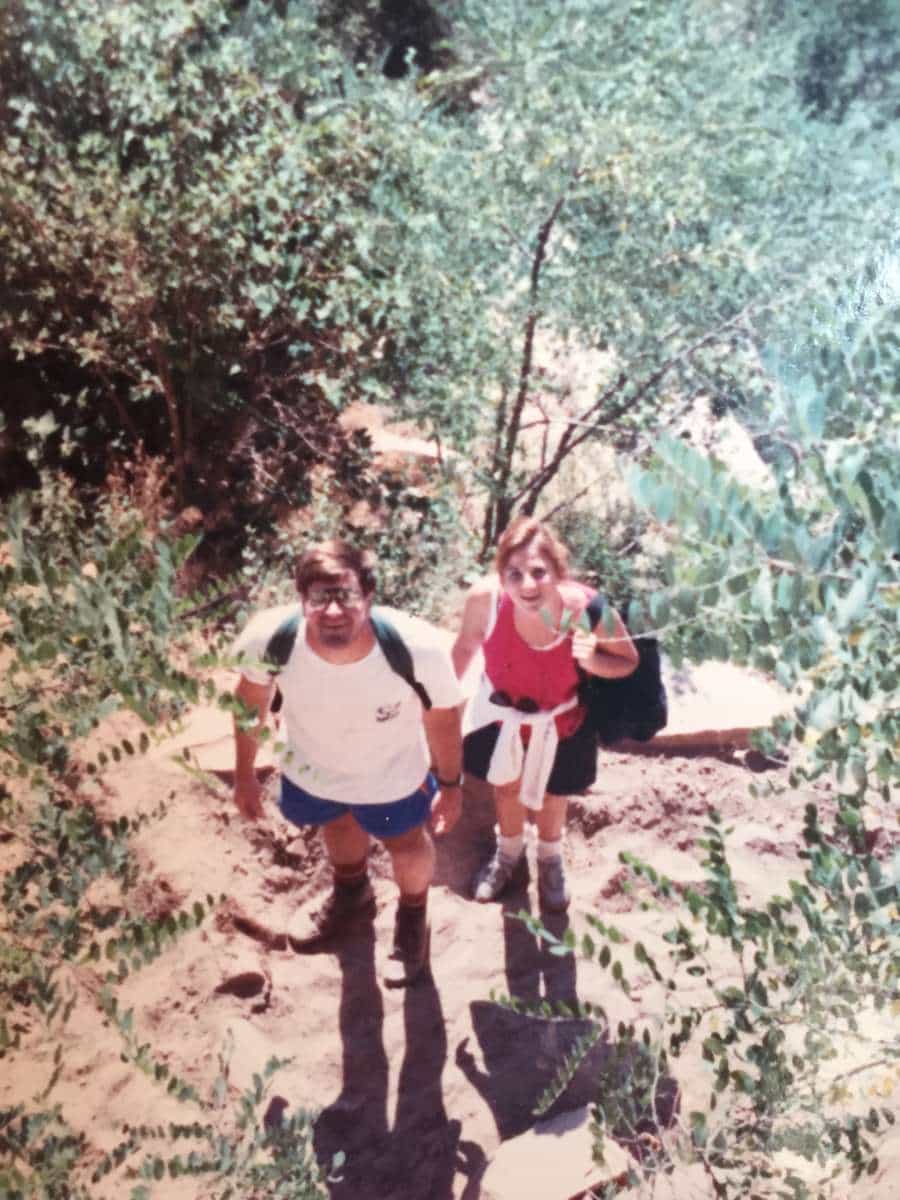 The final night of our wonderful trip ended at the lodge in Zion National Park. After eight nights of sleeping in tents and sleeping bags, air conditioning and comfortable beds were more than welcome to our aching feet. That night we had a delicious dinner followed by drinks at the local tavern. As the night ended, Artie and I were not ready to say our goodbyes and return to our homes hundreds of miles apart. We spent that last cool evening sitting in the grassy courtyard of the lodge, watching the mule deer feeding gracefully. Eventually we said our reluctant goodbyes and uttered the stereotypical, "It was great meeting you, let's stay in touch." Neither of us knew at the time how much we both genuinely meant those words, but we would soon find out. The US Postal Service somehow beat us both home, and we both arrived to postcards from each other and our connection continued. We spoke on the phone, sent care packages back and forth, and visited each other as often as time and money allowed. After one year we both knew we wanted to spend our lives together. Artie proposed to me in April of 1990 and were married later that summer. Through the grace of God and Backroads we were able to find each other and build a life with two children and countless memories. After 27 years of marriage, I am so blessed that Backroads led me to my love--the greatest adventure of all. 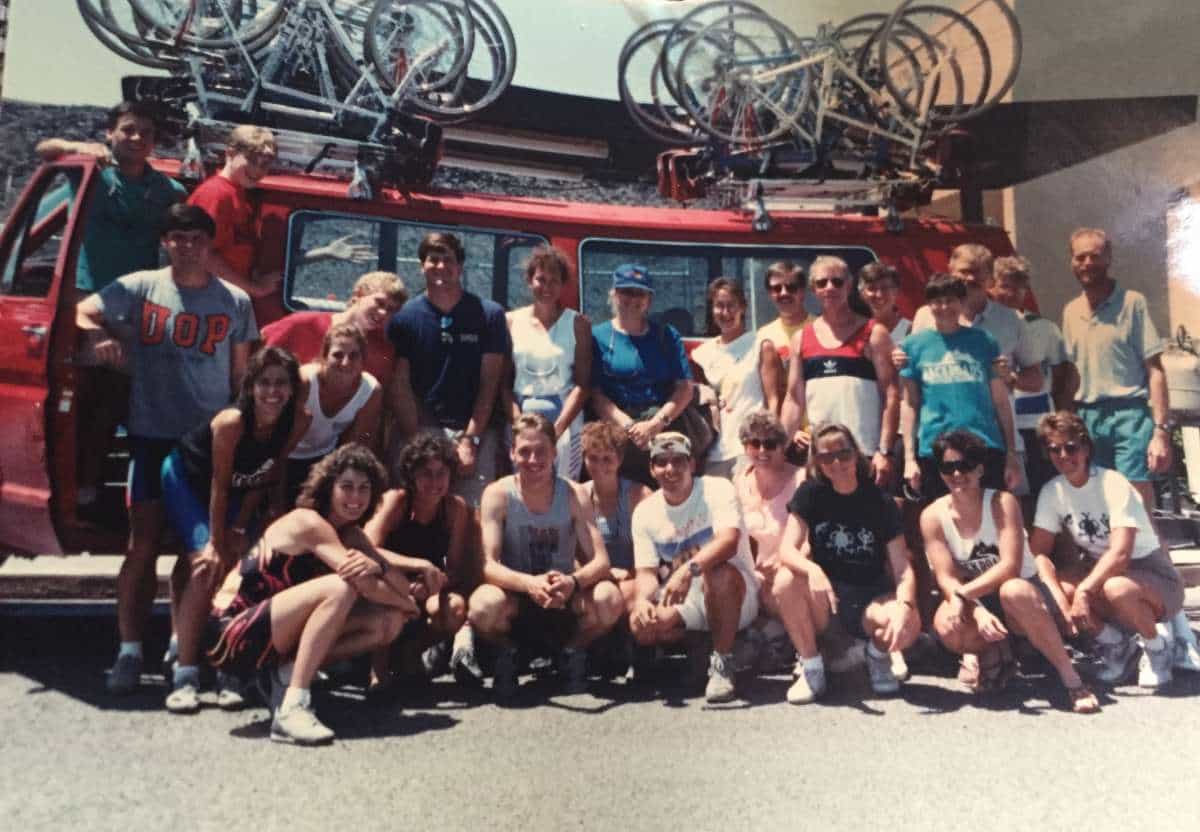 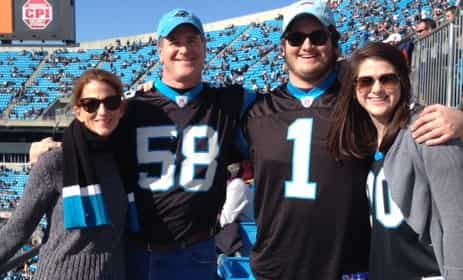 Jennifer! What a lovely and inspiring story. You show us, through your story, that one should truly listen to their heart. I am so grateful for reading this story today, it made me smile. I had heard the story of how you two met, but not from this perspective.
Thank you, Sue!! So great to hear from you! Yes, it is a craaazy story and we were tickled when Backroads reached out to us to share our story. Hope you and your family are well!! Love to all, Jennifer
Ok, I cried. So grateful Artie found you.

Frances Newcombe Bobbie
What a beautiful tribute to your meeting & falling in love during the Backroads trip. A truly inspiring and lovely story! A perfect love story! Miss seeing you.
Thank you, Kathy!! Hope you and John are well! Miss you!
Top