Oregon is beautiful. From its forests to its deserts, dunes to mountains, vineyards to rivers, it rarely ceases to amaze. But it's best experienced from the saddle--a bike saddle, that is. I've been lucky enough to ride, camp and explore 750 miles of the state I once called home.

Almost any trip to Oregon begins in Portland, dubbed America's most bike-friendly city. I don't have nearly enough space here to explain why it's so amazing, but the Springwater Corridor bike trail , ubiquitous food carts and Community Cycling Center are just the tip of the iceberg. But let's imagine that you don't want to spend your time in the city. No problem. Do what I did and hop on the MAX (Metro Area Express) train with your bike and hang it from one of the dedicated racks. Ride west until you get to the last stop, hop on your steel steed and make a choice: either crank up and over the coast range to the ocean, or head south to the vineyards of the Willamette Valley, famed for its Pinot Noirs and Chardonnays. 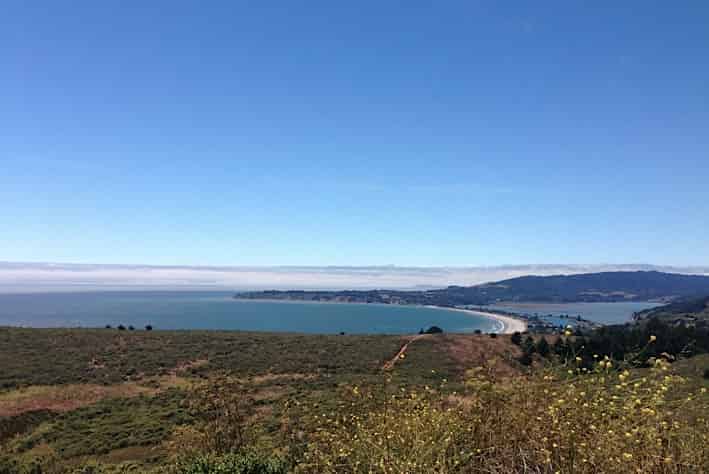 Either way, you can't go wrong. If you take the inland route, you can choose from hundreds of back roads that wind over rivers, through woods and into tasting rooms. You could even spend some time on the Willamette Valley Scenic Bikeway. Taking the coastal route will bring you to Highway 101--a road that has a lot of cars, but also affords breathtaking ocean views, plenty of campgrounds and fresh seafood. Newport is home to a world-class aquarium and features a bridge spanning the entrance to the bay that's a blast to ride over. Florence is home to the largest expanse of coastal sand dunes in North America. You'll also ride by the magnificent Heceta Head Lighthouse. But my favorite part about the coast, besides the miles of cliffside beauty, foggy climbs and spine-tingling descents, is the route back toward Crater Lake . 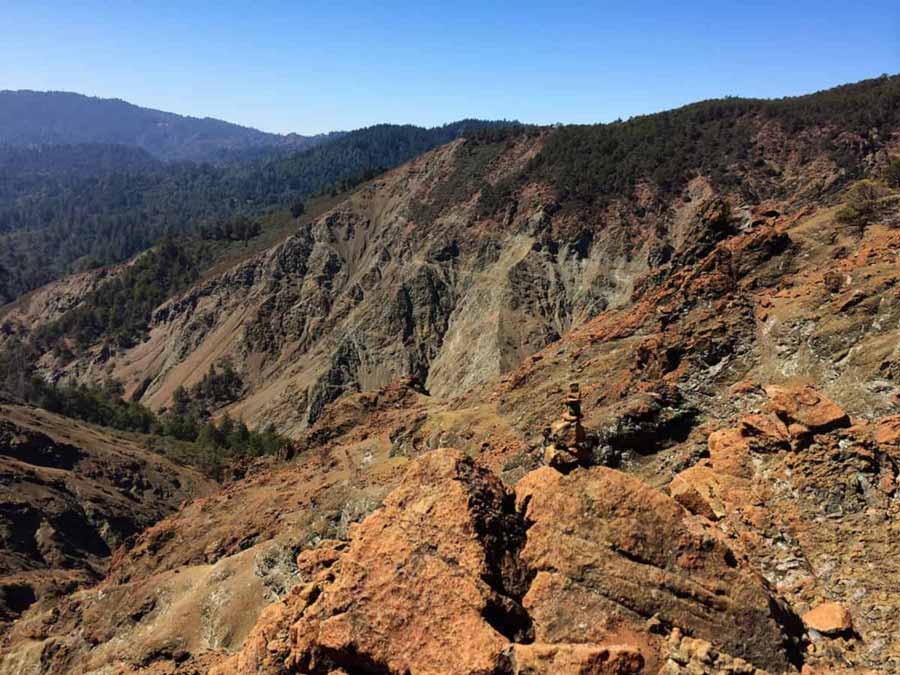 On my ride, I turned inland at Coos Bay and began one of the most magical 100-mile stretches I've ever ridden. In southern Oregon, the Siskiyou Mountains divide the coastal plains from the inland valley. Here there's a little Forest Service road that winds 80 miles and ascends 8,000 feet between the tiny hamlets of Powers and Canyonville. Over the course of two days I saw a total of THREE cars along this road. No other bikers and no other hikers, just three cars--to this day it remains one of the most challenging and rewarding rides I've ever done. I filtered water from a nearby creek, had a close encounter with a baby bear, and camped alone and fireless in the National Forest. It was perfect. After Canyonville (where I slept in a county park, was awoken twice in the middle of the night by sprinklers and later a coyote, had breakfast in a casino and showered in a truck stop) I decided to head gradually uphill toward Crater Lake. Two days (and a surprisingly hard climb) later I camped in the National Park at the crater's base with some newfound friends. The next morning I made it to the rim of the deepest lake in the western hemisphere. Standing at 9,000 feet above sea level, knowing that I pedaled myself up there, was a very special feeling. But not as special as speeding down the other side, making a bee line for the long, flat, dry, desolate and stunning Oregon desert below. 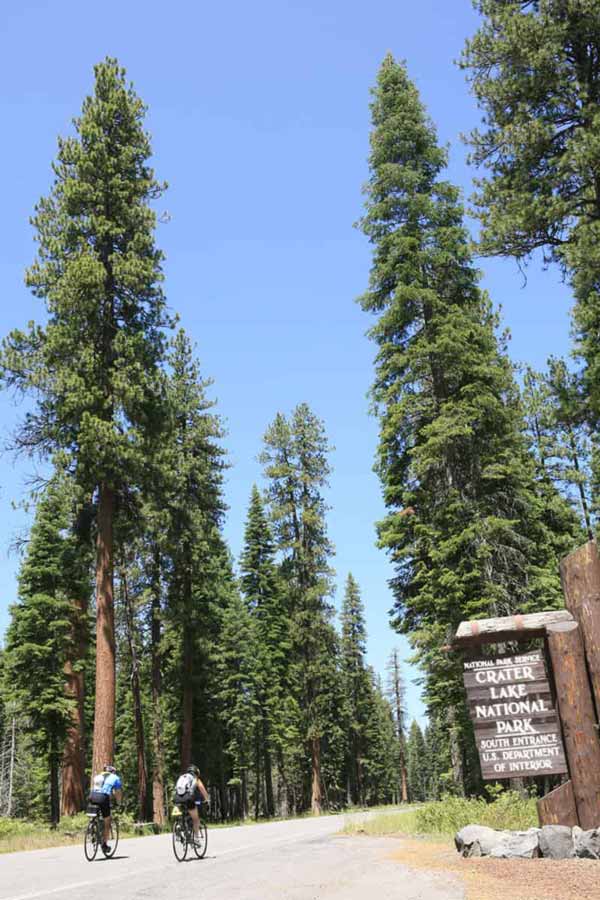 After biking around Crater Lake (which is a must), you have a choice. You can head east, which is short on water and paved roads but long on scenery and solitude. Or you can go south, passing through Klamath Falls on your way to California's Mt. Lassen and the Sacramento Valley. Or you can do as I did and turn north to Bend, a veritable hotbed of outdoor activities. After so many quiet roads, riding along the busier Highway 97 toward Bend was pretty different. But there was something meditative about flying downwind, in a straight line, with cars whizzing past, catching an occasional drift from a passing semi. When I returned to Portland, I had a different knowledge of Oregon. There are still tons of places I haven't seen, entire swaths of territory that are totally unknown to me. But the parts I did see, I got to know well--passing through towns, forests, plains and countryside on a bike is the best way to take it in. With bike touring, you can spend exploring new lands under your own quiet power. Familiarity with the areas you traverse sinks into your body this way, and you can begin to understand the country on a more physical, subconscious level. I hope one day you get the opportunity to experience Oregon in this extraordinary way. 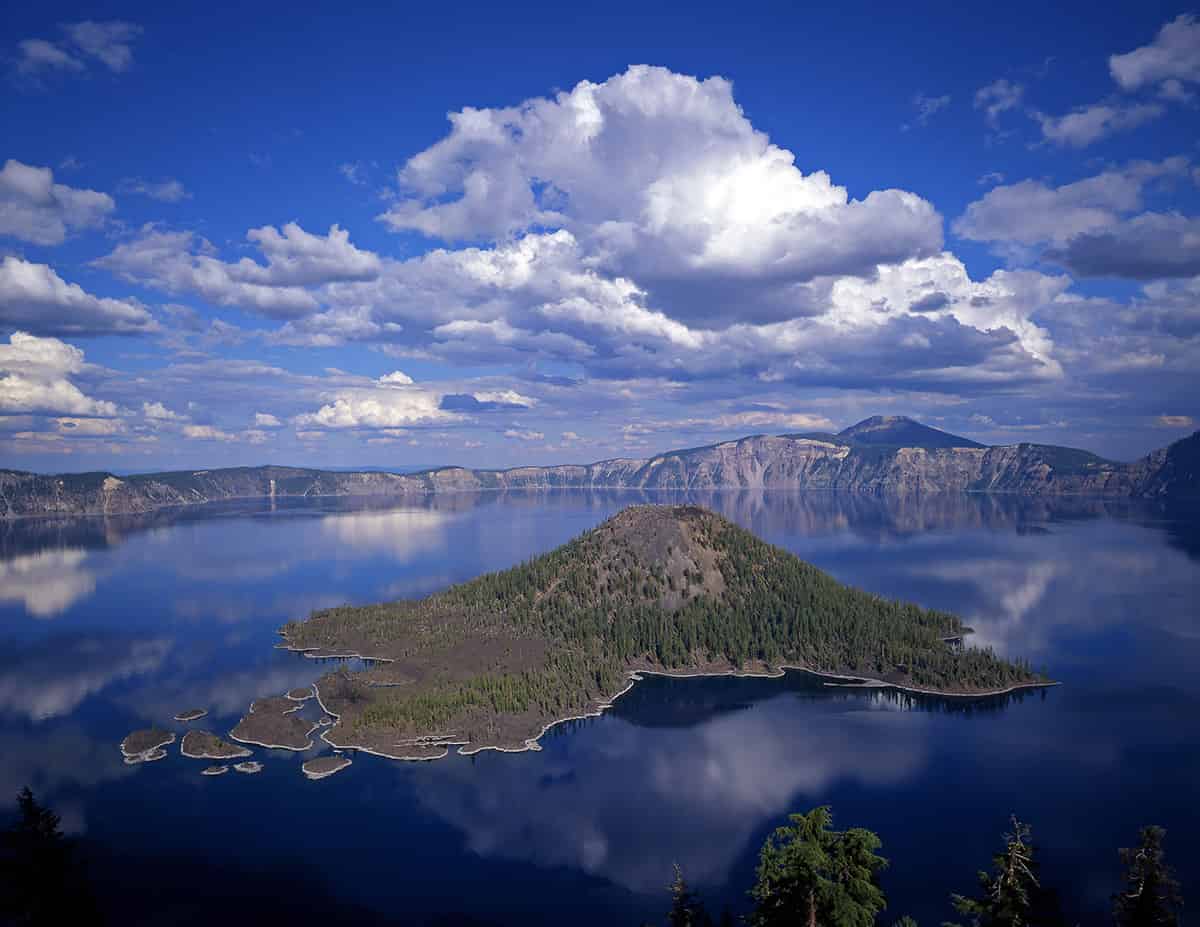 We live just across the Columbia River from Portland and liked your bike ride commentary. Will BackRoads make an Oregon Bike Tour?
Hi Esther! I'm so glad you enjoyed my article. I loved living in portland and spent many great days in Vancouver while I was there. Backroads is indeed planning an Oregon bike trip this summer, which will focus primarily in Crater Lake. With any luck, I'll see you guys there!
The very first Backroads' trip I ever took was back in 1995, Backroads' now-extinct (dormant?) Oregon Coast trip from Astoria/Fort Clatsop to Newport along the ocean. Just fantastic! Oregon is such a beautiful state!
Ed--that ride is so beautiful. Sounds like an amazing Backroads trip. And we can hope it's only dormant! Thanks for reading.
Excellent story and pics. Very inspiring, thank you!
Top