Trying to stay upright, I slowly place one foot in front of the other, and I focus on the encouraging face of my Malagasy guide. One false step and I'll be in the drink with all my gear. I'm crossing a stream on a slippery log in southern Madagascar on my way to learn how to develop sanitation projects in remote communities. This is pretty incredible, considering that just 48 hours earlier I was staring at two male lions in the comfort of a Land Rover while leading one of Backroads's most impressive trips: South Africa & Botswana Multi-Adventure. Now, here I am trudging through the lush green countryside of one of the poorest countries on earth: Madagascar. 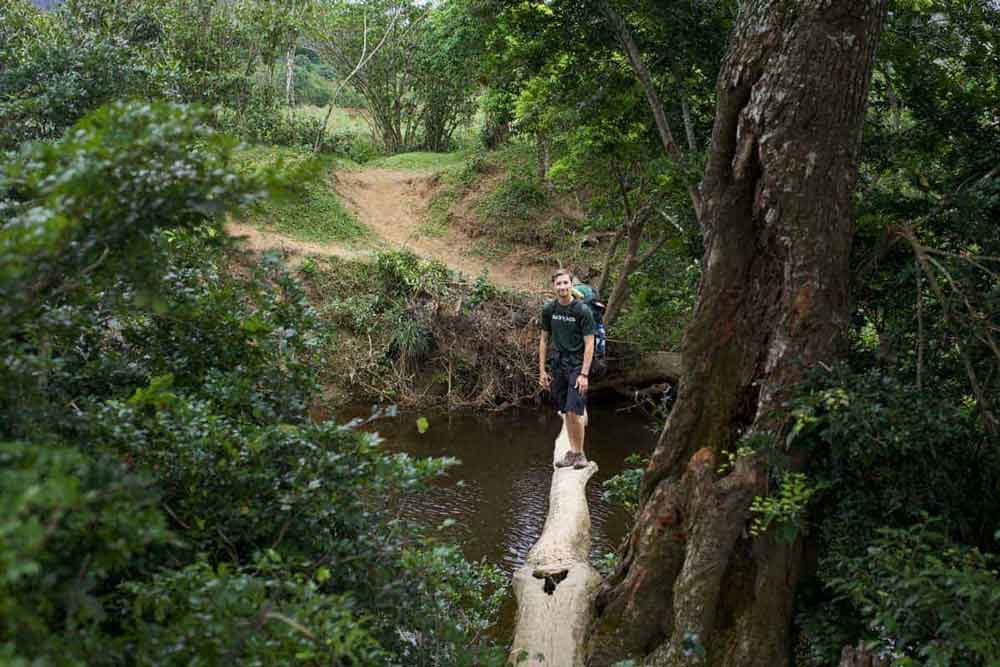 But this is normal for me--this is my life. I'm the founder of Planet Madagascar, a community conservation, education and development project which aims to help communities in Madagascar help themselves, as well as to conserve forests and endangered species. I'm currently in Madagascar learning from another non-profit organization, Azafady, how to create, launch and maintain a small-scale sanitation project in rural Madagascar. 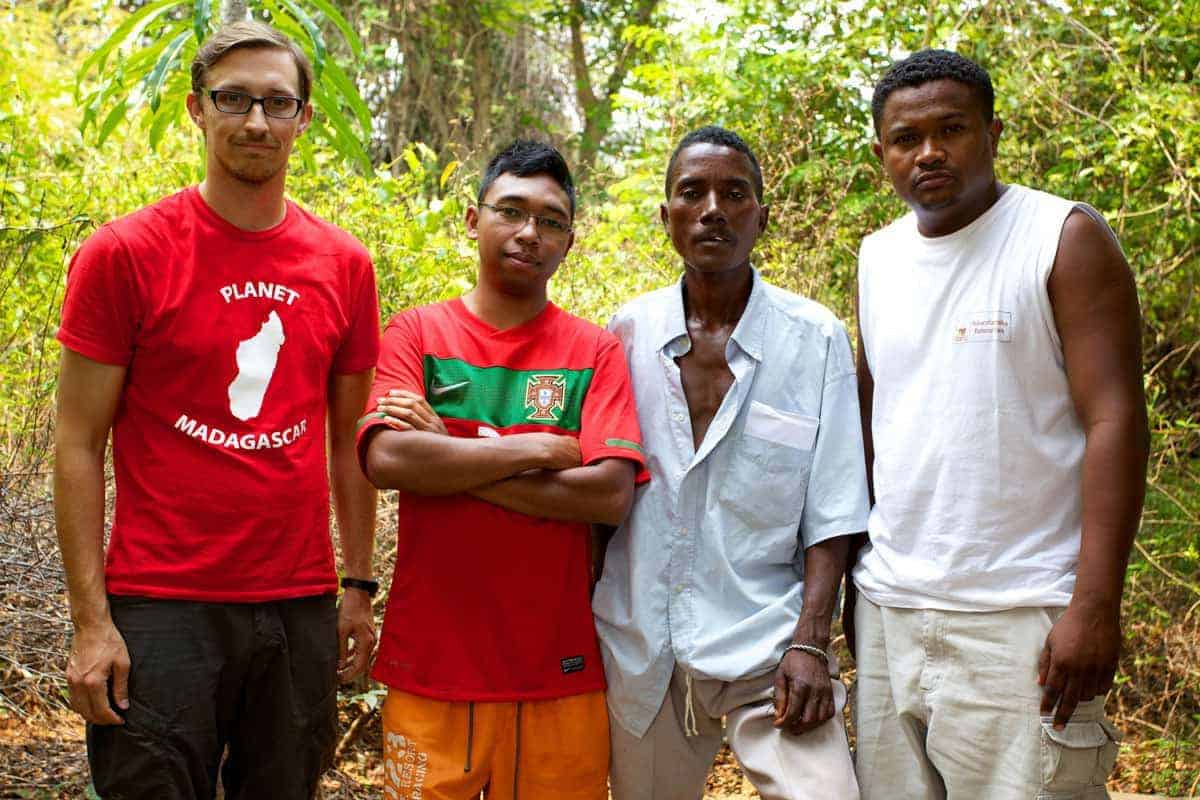 I've been studying primates in the wild in both Belize and Madagascar since 2002. I've lived in a cabin and a hammock in the jungle, and a tent in tropical dry forest. I've been without electricity for months, dug my own toilet and dodged poisonous snakes and crocodiles. I've seen a jaguar in the morning mist, howler monkeys belting their enormous roars and lemurs leaping 30 feet through the air between trees. Since 2005, I've been working for Backroads leading trips in the Canadian Rockies, Puget Sound, Belize, Costa Rica and southern Africa. I've had the privilege of staying at some of the most wonderful places in the world--such as Bushmans Kloof in South Africa--and meeting some of the most remarkable people--such as Isreal Canto, one of our local guides in Belize. Through the eyes of my Backroads guests, I've seen wonder and amazement at the incredible things we see and do on each of our trips. For many years following each trip, I've flown back to Madagascar and taken the 10-hour overland trip back home to my tent in the forest. Often, there was no electricity or even running water--essentially, the complete opposite of Backroads accommodations. My experience as a primate researcher and Backroads leader helped prepare me for my next journey into the world of non-profits. I currently study deforestation and how it affects lemurs (short answer: negatively). Forest is disappearing rapidly in Madagascar, some estimates suggest that as much as 50 percent of the forest has been lost since the 1950's. Despite this deforestation, Madagascar remains home to unique creatures like lemurs (cat-like primates), tenrecs (funny hedgehog-like creatures) and more chameleons than anywhere else in the world. I felt I had to do something to prevent the loss of this unbelievable biodiversity. And, strangely enough, it was on a Backroads trip where I decided to do something about it. 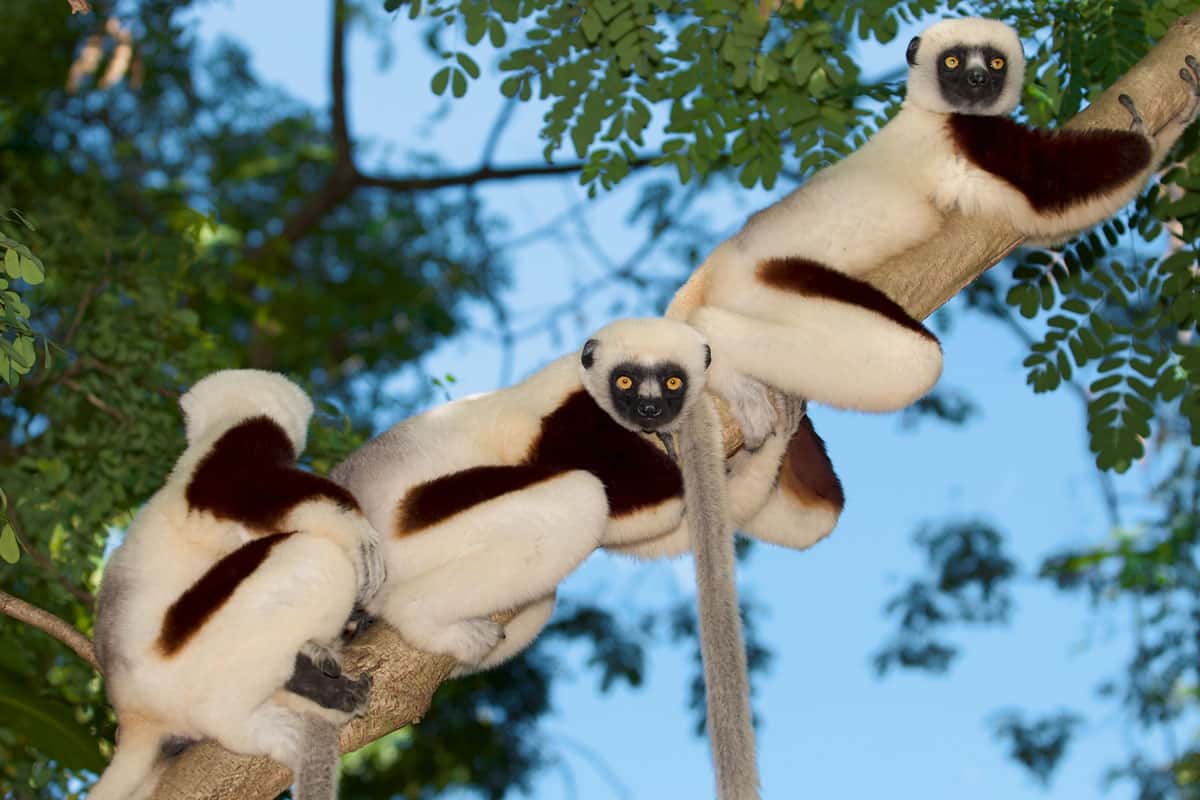 In South Africa we stay at a stunning place called Londolozi and they espouse their three pillar tourism model: care for the land, care for the people and provide a high-end tourism experience that guests will remember forever. At Londolozi, they actually found the latter to be the easiest, but caring for the land and people were more difficult. During a community tour on trip, we enjoy a fabulous demonstration of how the folks at Londolozi bring the three pillars together. This community was once similar to those that I work with in Madagascar: poor. Now, thanks to Londolozi, there are jobs, schools, gardens, and a sense of optimism that wasn't there many years ago. After visiting Londolozi and the surrounding people, I knew that I had to take action in Madagascar. I started making a few calls, got some donations and am now beginning the journey of helping the people of Madagascar care for the land in a way that will keep it healthy for generations. Our upcoming projects include a conservation education program for adults and children, a sanitation project, and a fire management strategy to prevent further forest loss. We're just starting the process of creating a charitable organization in Canada and the US and hopefully one day we may even create a tourism program. You can follow our work at www.planetmadagascar.com, Facebook.com/PlanetMadagascar and on Twitter @PlanetMada.

Please consider revising the "forest is disappearing rapidly in Madagascar; some estimates suggest only 10 percent is left" statement though, as this has been robustly proven to be wildly inaccurate. It's a powerful trope in the dominant narrative about the island’s environmental crisis, but has no defensible evidence to back it up.

Instead, comparisons of data derived from historical aerial photography and recent satellite imagery appear to be converging on an estimate that as much as half – but perhaps much less – of Madagascar's most easily identified ‘primary’ forest types has changed to other land covers since 1950.

http://christiankull.net/2014/04/25/why-we-cant-say-madagascar-is-90-deforested/
Thanks - I'm very excited about all of Planet Madagascar's projects. I'm here in Madagascar right now starting one of our projects. I see you are doing fantastic work as well. Good luck!
Congratulations on your ambititious projects, Travis! We, people of Madagascar, should be the first to initiate such work! Anyway, MER, my tour company, is ready to work with you in terms of tourism program to start with. Looking forward to your feedback.
Top