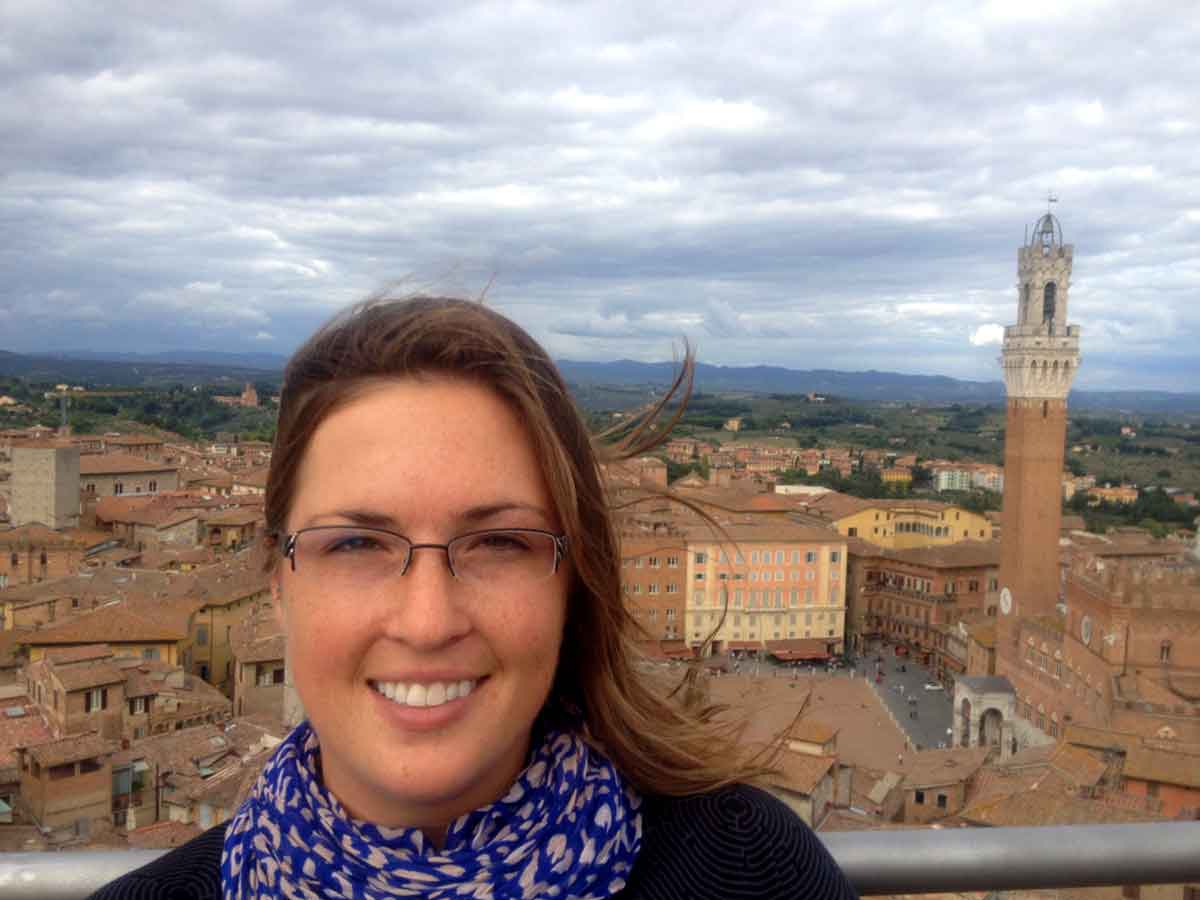 Fighting the wind in Sienna

The first experience I had with the Italian fear of wind came after a gym workout with the host mom for whom I was au pairing. We both took showers, and she emerged with her hair dry. I knew we were tight for time, but I had a case of grease-head so I had done a thorough wash. I'm accustomed to walking outside while my hair air-dries, so I grabbed my stuff and met my mamma at the door. She looked at my wet hair with a horrified face. "Go blow-dry your hair, the wind will make you sick!" So I did. I've since come to recognize neck scarves in hot July and closed air vents as signs of fear for the colpo d'aria. Literally translated, colpo d'aria means a "whack of air." Culturally translated, it is the movement of air that causes a myriad of sicknesses in Italy and other European countries. When I was working in Tuscany last summer, one of my European co-leaders, and dear friend, woke up one morning unable to move her neck. Stiff as a brick. It was severe enough that she took a train to Florence to see a doctor. The cause, he said? You guessed it: colpo d'aria! Everyone was sure. Stretch, massage and stay out of the wind! 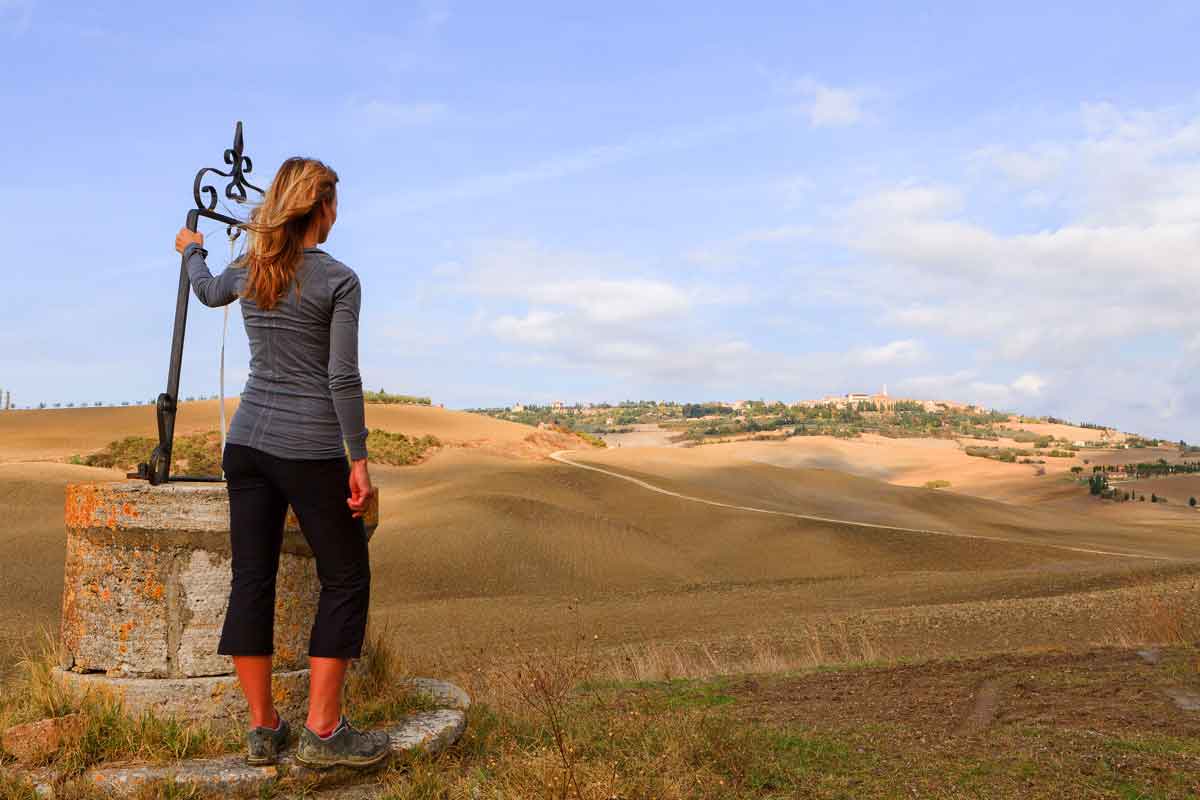 Coming from a Missouri upbringing where we ran ceiling fans and air conditioning from June to September, this colpo d'aria pill was tough for me to swallow. You can imagine, however, that if you believe the wind causes immobile necks, the flu and colds, you're going to feel strongly about protecting yourself against it. As all Backroads leaders passing through Tuscany live together, a relentless battle began between those who believed in the colpo d'aria and those who were well adapted to an air-conditioned life. Let me just say that Tuscany is HOT in the summer. The sun sizzles, and we regularly experience temperatures over 100 degrees Fahrenheit. In true Italian style, our Backroads leader apartments in Tuscany do not have air conditioning. Instead, they are well-equipped with floor fans from the local hardware store. I couldn't get enough air; I tried to point the fan directly at my face during the night. This worked perfectly when I had a European roommate who wanted nothing to do with the wind. However, when we shared a fan-less hotel room during a trip, decisions about air conditioning became complicated. I am a hot-blooded human being. I start sweating in May and don't stop until October. It's a testament to the fervor with which my co-leaders believe in the evils of wind that I adapted to sleeping in warm rooms. 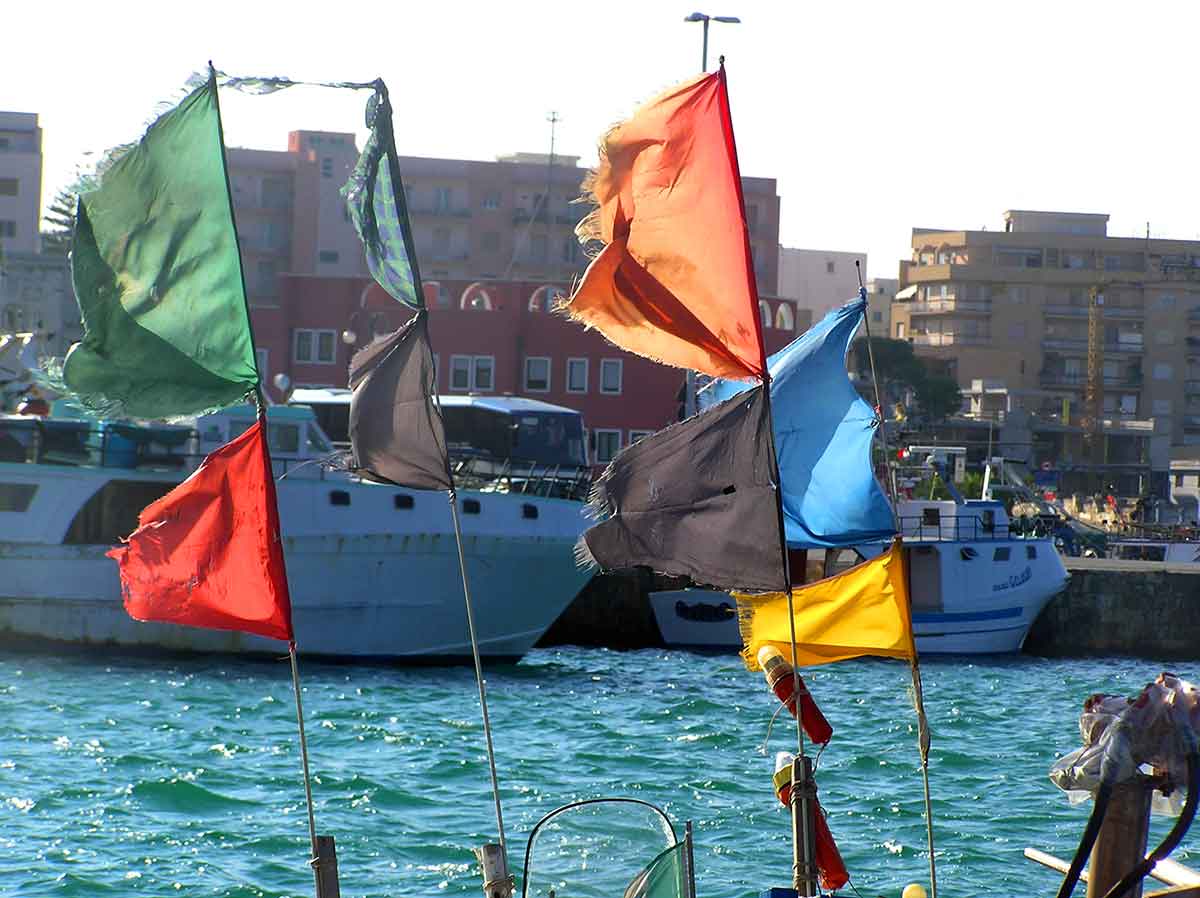 By the end of the season, I found myself preferring fresh air over air conditioning, and (HEAVEN FORBID!) even felt a little off when too much air was blowing in my face. Don't get me wrong, I still love the fan on full blast when it hits July and August, but I don't mind going native and clicking off the A.C. I can't help but smile every time I hop into the driver's seat of one of our vans and see all the air vents pointed as far away as possible. I love my European co-leaders, and will continue to be entertained (and hopefully not attacked) by the colpo d'aria.

Along with the aversion to air conditioning that McKynlee correctly notes, the other thing I notice about Europeans is how stingy/averse they are about ice in beverages. Good luck finding an American style ice machine in Europe (though I was once exultant to find one at the Courtyard by Marriott at the Warsaw Airport).

Always great to travel, but also great to come home to air conditioning and ice in drinks!
Ed, you are exactly right! I've met many waiters that seemed not to know what the word "ice" means (in their native tongues, of course). It is commonly held in Europe that putting something inside your body that is a drastically different temperature than outside can create sickness. Luckily, most of our hotels and restaurants in Tuscany know us well and always have plenty of ice on hand ; )
It's such a gift to love both traveling and home. Thanks for sharing, Ed!
They just don't see ice as a way of life. When you eat (or drink, for that matter) a particular food (drink) all the time for hundreds of years, the way becomes normal for you. Not to mention the ice may dilute the drink. Why put ice in the drink if it's already cold enough for them?
If you're in a restaurant in Europe, it's not too difficult to actually ask for ice. What makes me wonder with McKynlee's response is how those waiters she mentioned don't know about the word 'ice'. What did those waiters learn from science class when they were little?

As for the lack of A/C, consider the age of the buildings (which already have ways of keeping cool and make retrofitting impractical) and the cost of the unit itself plus the electricity required to power it. Electricity costs more in Europe, so the locals use less of it. Additionally, the fact that many hotels in Italy now have A/C negates this 'aversion' to air conditioning this article speaks of.

I have read anecdotes of (non-Italian) people feeling uncomfortable when entering an air-conditioned space from a warm one. Some of these people even suffered from a stiff neck from the A/C as mentioned in this article. Either way, I think households without A/C are on to something.

My two cents.
Such a creative piece - love it! I do have to side with the Italians on preferring no air conditioning and no ice, but I would be crazy to NOT love a good fan in the Tuscany leader house in July! OOF! But, today instead, I turned on all the radiators in that same house - BRRR!
Thanks, Jane! I am having a really tough time picturing our Tuscany house needing to be heated... I'll see it soon enough!
I really enjoyed your clever piece! And since you are in SLC, I would really love to see your "backwards worm dance" around lunch time! What do you say?
Meg, I couldn't write it in my profile if I wasn't willing to follow through... can we choose a carpeted area please?
Oh, the air conditioning tug-of-war! I know it well. Thanks for the laugh, McKynlee!
Thanks for reading, Beth. You've experienced the AC battle in many more EU countries than I have! I hope we cross paths again soon, enjoy Bhutan!!
Such a good article! This brought me back to driving around in the blistering heat of Sicily for two days before we figured out how to turn the AC on, lol. We were just being true Sicilians!
Oh my gosh, that memory will never stop making me laugh! What a blissful realization that it was a button... Going native whether we liked it or not!
Ha! This reminds me of the summer in Minneapolis, when we would have the air conditioning on full blast at night! I guess I kind of know what you're talking about; in the Chinese culture, walking around with wet hair and going to sleep with the fan blowing at you are big no-nos! My mom still scolds me in both regards...
Ran, you were meant to come visit Italy! You're going to fit right in :)
Ahh... the feared ailment, in its more chronic form known as "cervicale."

The upside: hotels in Italy all have hair dryers!
Sarah, thank you for the information! I'm glad to learn about the progessed version of the condition. May we never experience it!
Ha, here we were talking about my first colpa d’aria (I’ve been here for the better part of the last decade and finally became susceptible, uh oh), and now I come across your article. I remember the war at the Croatia leader house got so bad that we actually started hiding the remote controls for ACs
Sophia, Congratulations on your first Colpo d'Aria! Now when I got back and read this, I don't feel as immune as I used to, it's a real thing!! Here's to neck scarves in July ;)
Top