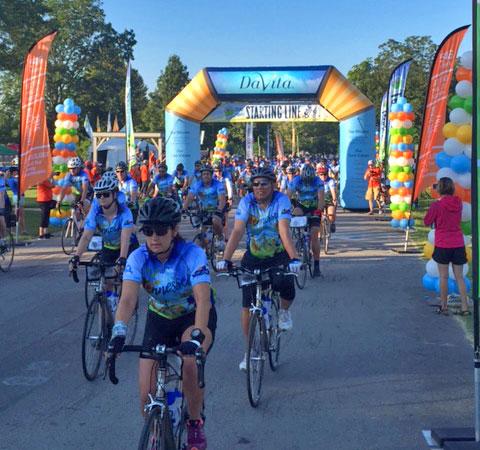 What happens when 65 Backroads employees take almost 600 DaVita participants on vacation together? It's called Tour DaVita and it's the biggest deluxe camping and bicycling trip that Backroads runs! This annual event was extra special last year -- not only did it mark Tour DaVita's 10th anniversary and a return to Nashville where the bike trip originated, but it was also the largest with nearly 600 riders, almost 400 tents, 250 miles of cycling, one enormous catering operation, two mobile shower trucks, a mobile dialysis center, live country music and tons of Tennessee sunshine. Right now we're gearing up for another incredible tour in Washington state at the beginning of October! Backroads has been running Tour DaVita since 2007. This moveable party and bicycling adventure is also a team building exercise and, most importantly, a fundraiser. DaVita Inc. is a leading provider of kidney care in the United States, delivering dialysis services to patients with chronic kidney failure and end stage renal disease. To qualify for the tour, DaVita teammates, physicians, patients, family members and friends raise money for DaVita's non-profit foundation, Bridge of Life, whose mission is to improve access to primary care and dialysis treatment in underserved communities around the world. They also focus on prevention of kidney disease through early-detection testing and education. 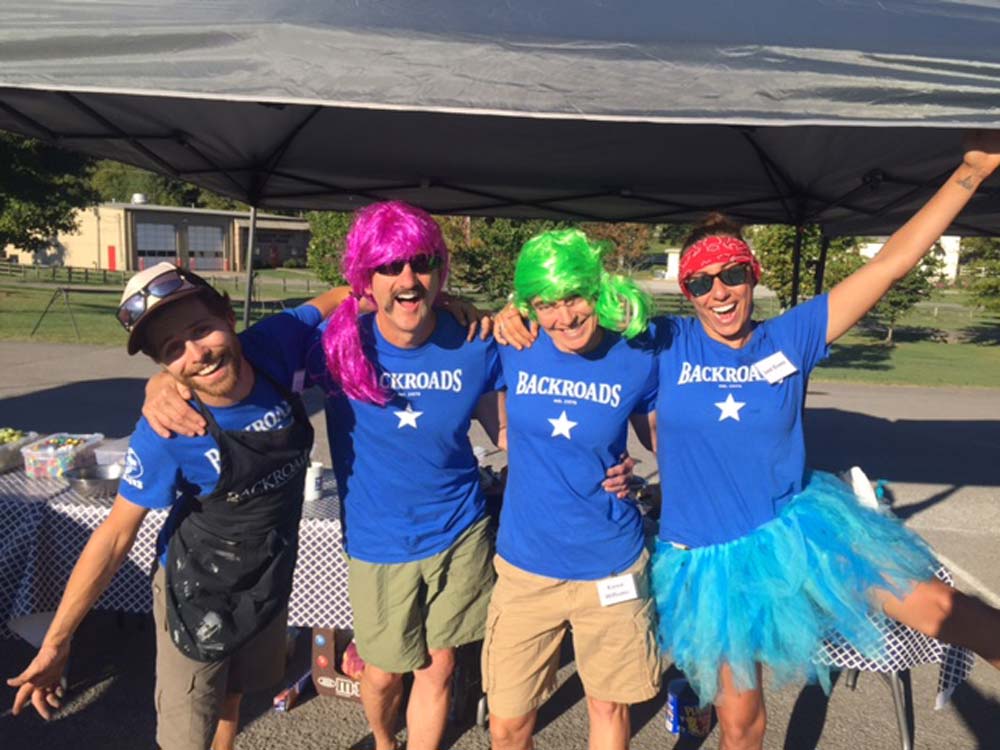 Legendary among the DaVita community, the trip is so much fun, and for such a great cause, that it sells out within minutes of the announce date. The four-night, three-day cycling trip winds through some of most scenic landscape in the United States. Since launching over a decade ago, the trip has been held in Tennessee/Alabama, Wisconsin, Michigan, Oregon, Washington, Connecticut/New York/Massachusetts, Iowa, North and South Carolina, and Oregon. Guests spend the days cycling and enjoy nights filled with guest speakers, live music, team cheers and gourmet food. Last year the extravaganza ended with an incredible fireworks celebration and dance party headlined by the DaVita employee rock band! 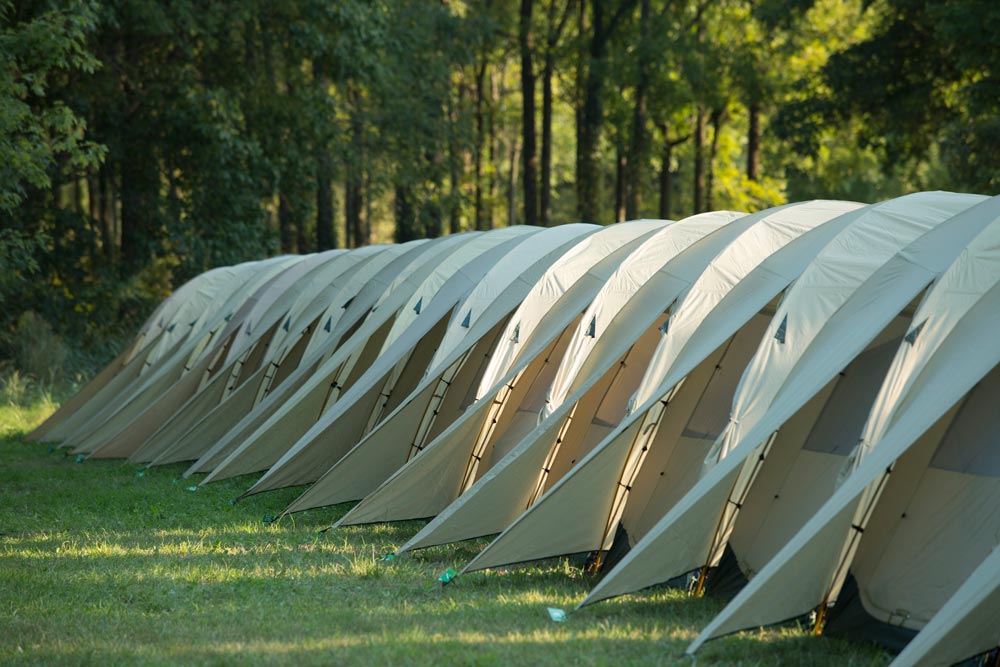 However, Backroads is more than just the company running the show--we are part of Tour DaVita community. For us, it's both work and play. Yes, we spent two days setting up almost 400 tents and pumping tires on nearly 600 bikes (that's 1,200 tires and a lot of upper body strength!), but many of my colleagues return year after year to help run the event because it's fun, the DaVita participants are amazing and the personal stories they share are inspiring. There are cyclists who visit the mobile dialysis truck post-ride, others who are very new to biking, and last year we had a sight-impaired rider who was part of a tandem bike duo. Some Tour DaVita participants will ride every mile over all three days, whereas others try to beat their personal best.  Maybe it's just 10 miles a day or only riding until lunchtime, or it could be completing the 100-mile "century" day. Whatever the mileage goal, the participants have a lot of fun and share endless energy and smiles along the way. 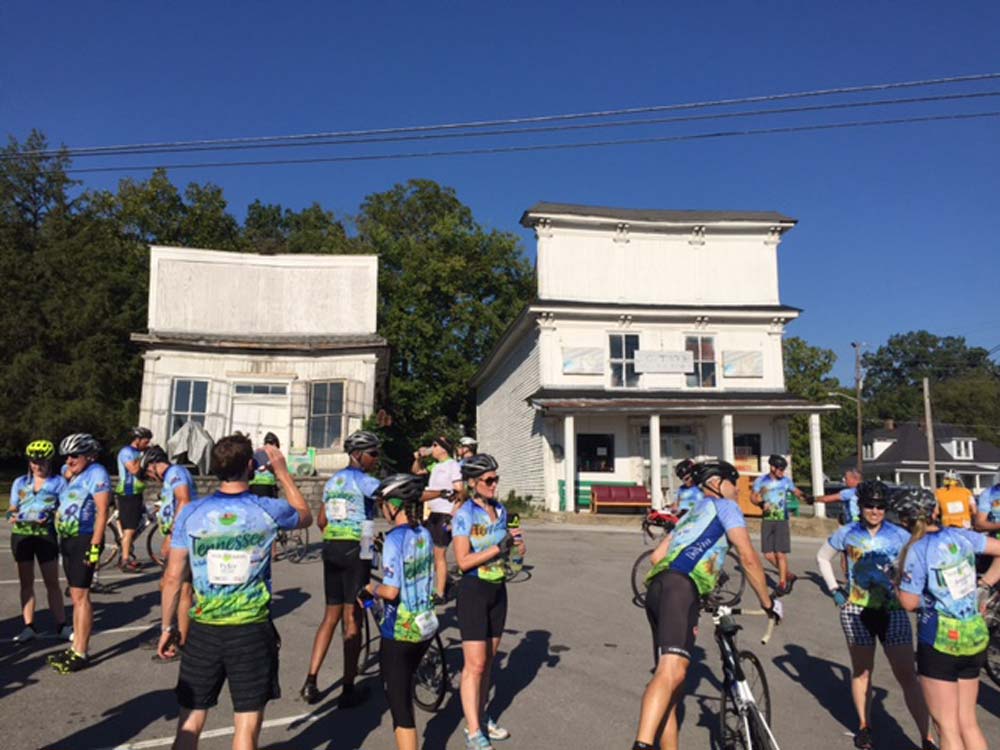 Tour DaVita is very similar to a Backroads trip with well-planned and supported bike rides through gorgeous countryside, comfortable deluxe camping accommodations and Trip Leaders manning extensive snack stations. It's designed like one of our Custom Trips in that DaVita event planners suggest activities and the trip is executed around those ideas. Backroads runs Custom and Private Trips for groups of all sizes, from 2 to 600 guests, with Tour DaVita the largest corporate annual event that we run. Check out this recap video of Tour DaVita in Nashville and this video of all 65 Backroads employees performing our closing night cheer--part of the tradition that Tour DaVita participants eagerly await. 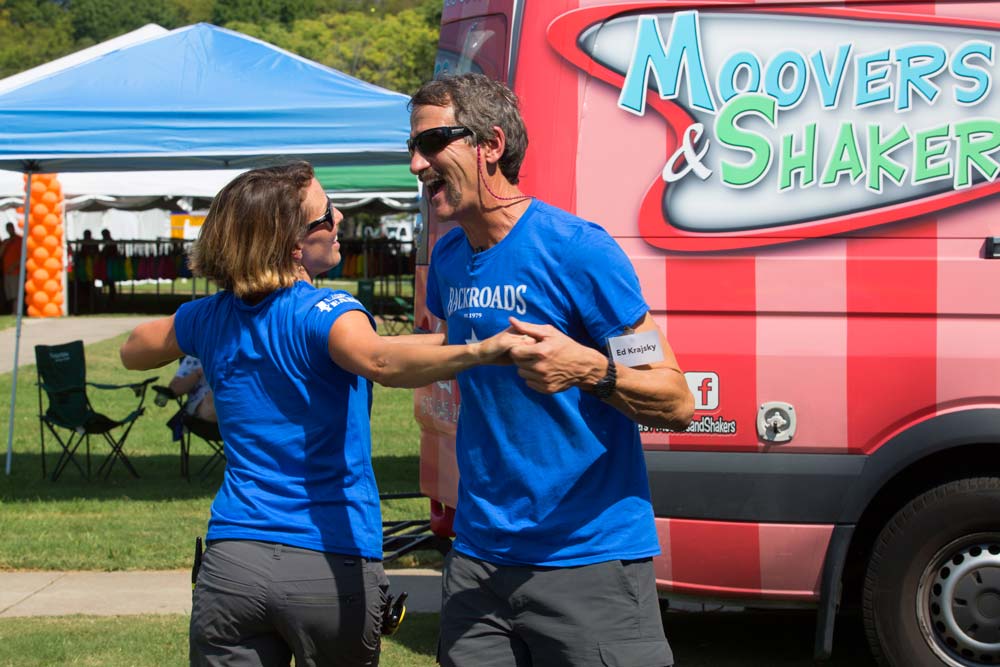 Share This Article
Related Tags
Inside Backroads
Behind the Scenes

From Tom Hale: How We're Preparing to Travel in 2020
A Message From Tom Hale: If you’ve met me, you know I’m not one for staying at home. Whether I’m in the office, on the trails around my house or exploring the world with Backroads, I love being on the move. And…
Bite-Sized Backroads Trip - The Carolinas
Backroads was honored to have Rue Mapp, founder of Outdoor Afro, join us last fall on a multi-adventure tour through South Carolina & Georgia. We asked Rue to take a moment to share with us her reflections, impressions and highlights of her time spent exploring some of the most historic corners…
My Experience: Leading Private Trips This Summer
It’s safe to say I always have some pre-trip jitters. And a couple weeks ago, walking into the hotel lobby to meet our guests and begin my first trip of the summer, those jitters felt stronger than normal. I wondered, “How is this trip going to go? Will people still have as much fun as usual…
Video: Meet the Backroads Performance Bike
See our new video to learn what makes our Performance Bike the right option for cyclists looking to power up up hills, crush descents and enjoy every turn of the pedals.

As a renal transplant recipient, and a rider on multiple back roads trips, I would like to get notification for the 2018 ride. Who should I call
Thanks
Jonathan gold MD
The Tour DaVita is a trip organized by the company DaVita and run by Backroads. You should reach out to DaVita directly for more information on next year's ride. Here's a link to their Tour DaVita page: https://www.tourdavita.org

Thanks for your comment and we hope to see you on another Backroads trip soon!
Top